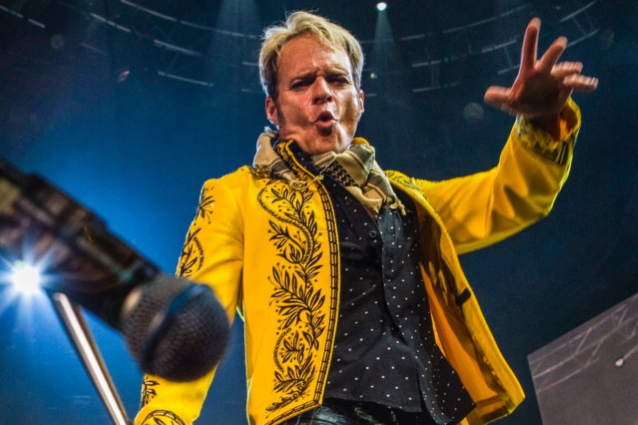 David Lee Roth's entire Las Vegas residency has been canceled. A representative for the House Of Blues at Mandalay Bay confirmed the news to the Las Vegas Review-Journal.

When the first two shows of Roth's residency were called off last week, his camp issued the following statement: "Due to unforeseen circumstances related to COVID and out of an abundance of caution for those working and attending the shows, the David Lee Roth performances schedule for Dec. 31, 2021 and Jan. 1, 2022 have been cancelled. Refunds will be automatically processed, and ticketholders will be notified directly."

Nevada governor Steve Sisolak said on Monday (January 3) that the state recorded an "alarming" number of new COVID-19 cases and hospitalizations this holiday season. In a statement, he encouraged all Nevadans who are unvaccinated to receive one of the available COVID-19 vaccines. He also implored Nevadans to wear face masks in indoor public settings, regardless of their vaccination status. Those who are sick should stay home and seek COVID-19 testing, he added.

Roth also reflected on the passing of his longtime bandmate, legendary VAN HALEN guitarist Eddie Van Halen, who died of cancer a year ago.

"I thought I might have been the first, frankly," Roth said. "I might have thought the Marlboro Man would've got me. Hey, Ed, objects in the rear-view mirror are probably me. And my doctors, my handlers, compelled me to really address that every time I go on stage, I endanger that future.

"I am encouraged and compelled to really come to grips with how short time is, and my time is probably even shorter," he added.

"I know that when I am in the audience, whether you come out with a ukulele or a marching band, all I ask you give me everything you've got to give," he said. "That's what I did for the last 50 years. I've given you all I've got to give.

"It's been an amazing, great run, no regrets, nothing to say about anybody. I'll miss you all. Stay frosty."

We are seeing an alarming number of COVID-19 cases & hospitalizations reported after the holidays. We are working with health districts and other partners to provide resources to combat this surge.

Get vaccinated & if eligible, get a booster.https://t.co/ufUgXTpoJapic.twitter.com/9GVRCuTfZ0