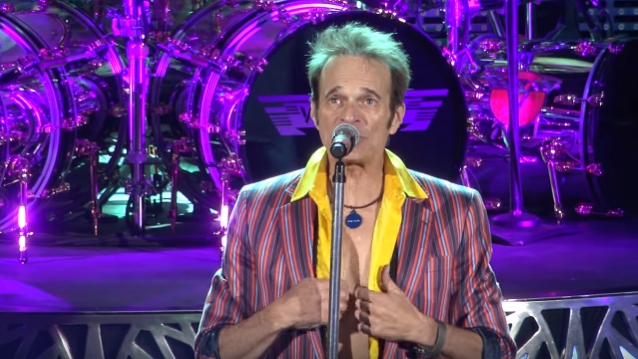 David Lee Roth has hinted that VAN HALEN will perform in New York City at some point in 2019.

In a brand new interview with Vulture, in which the singer primarily discussed his just-launched line of skin-care products, Roth said that "next time my rock band will be playing the same place that the Yankees play."

When the interviewer asked Roth if he meant that VAN HALEN will perform at Yankee Stadium next summer, Roth replied: "I can't … If I say something on tape here and everybody goes, 'Oh, this leaked…' But, the band will be — I can't say."

Pressed for more information, Roth said: "I don't know how far this privacy actually goes. But the band is solvent. And I can say that I contacted colleagues about being part of the show — METALLICA, GUNS N' ROSES, Jason Aldean, the FOO FIGHTERS, Church, and Stapleton. And they all said that, if everything happens, they would certainly be involved."

Asked if that means that this would be a festival-type event, Roth responded: "No, all I talked about was a phone call."

VAN HALEN has been inactive since it completed its U.S. tour in October 2015 at the Hollywood Bowl in Los Angeles, California. The amphitheater trek ran for 41 shows and saw the band bringing out many Roth-era rarities like "Light Up The Sky", "Feel Your Love Tonight" and "In A Simple Rhyme" that hadn't been touched in decades.

The tour was VAN HALEN's first since an aborted North American run three years earlier in support of its then-new studio album, "A Different Kind Of Truth".

Roth told Vogue that he has spent the last three years building two companies: Ink The Original, a skin-care line designed to preserve, protect and highlight tattoos, and an outdoor lifestyle company called Laugh To Win.