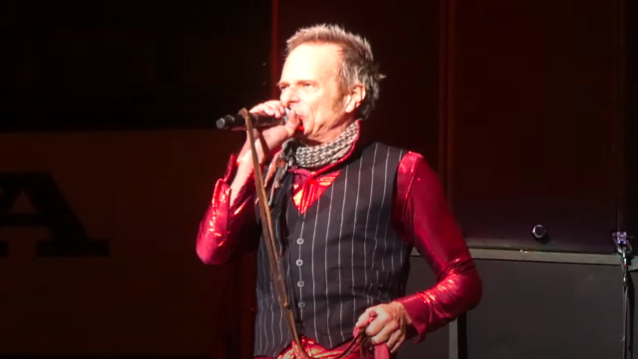 David Lee Roth has shared several more pieces of his original artwork which were inspired by the COVID-19 crisis.

For the past three months, the VAN HALEN singer has been posting paintings on his Twitter account that reflect the times and channel the mass anxiety around the novel coronavirus.

"Social commentary is what I do," Roth told The New York Times. "It's what I've always done."

The singer explained that he has always had an artistic eye. "My hand has always been in wardrobe, background sets, stage sets, album covers, video direction," he said. "This is part of it. And there's craft involved, so there's a little bit more heft to some of the statements."

While he is unable to return to the road, Roth said that he will continue filling his days with art.

"This is performance therapy," he told The New York Times. "I'm venting. I'm angry. And I am not asking for forgiveness. And this is how I do it."

VAN HALEN has been inactive since it finished its U.S. tour in October 2015 at the Hollywood Bowl in Los Angeles, California.

Back in September, Roth said that there were no plans for VAN HALEN to do anything for the foreseeable future. "I think VAN HALEN's finished and this is the next phase," he said, referring to his solo project.