DEAD BY APRIL, the Swedish "pop/metal" act featuring former members of NIGHTRAGE, BY NIGHT, EVILDOER, MINDFALL and DEATHDESTRUCTION, will release a digital single, "Losing You", in Sweden on March 6.

DEAD BY APRIL's first album was produced by Henrik Edenhed, who has previously worked with ROBYN, LAMBRETTA, TEDDYBEARS, CHRISTIAN WALTZ and THE SOUNDS. A spring/summer release via Universal Music Sweden is expected.

According to the group's official bio, "DEAD BY APRIL is a collaboration between some free-spirited, like-minded musicians. It has evolved from just being a project to a full-time band in a very short amount of time." 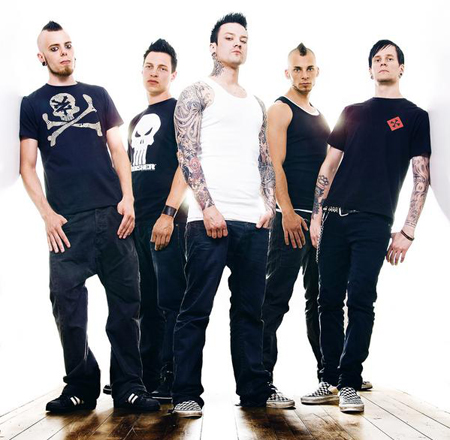