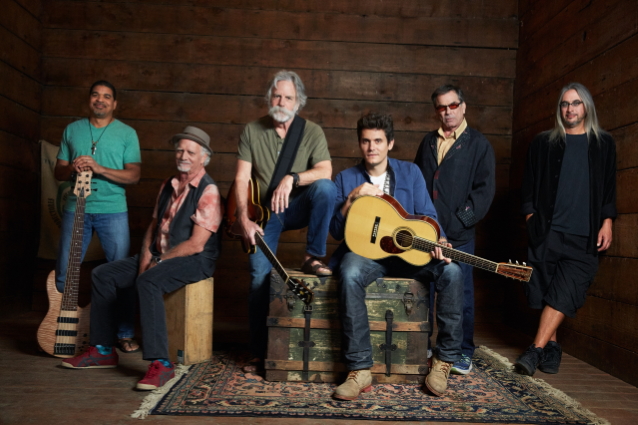 DEAD & COMPANY — Mickey Hart, Bill Kreutzmann, John Mayer and Bob Weir, with Oteil Burbridge and Jeff Chimenti — has joined a growing list of acts that will require full vaccination or proof of a negative COVID test to attend their upcoming tour dates.

"Requiring vaccinations & testing is one of the best ways to protect the health and safety of our band, crew, and fans," a press release states. "There are no exceptions to these policies."

Ticket holders must provide proof of full vaccination or negative COVID-19 diagnostic test within 48 hours prior to entry, except where prohibited by law.

Fans who have already purchased GA Pit tickets will all be required to show proof of their completed COVID-19 vaccination to receive a wristband to access the GA Pit area. If a GA Pit ticket holder does not have proper documentation, they will be relocated to an alternate "non-pit" seating area. Negative testing is not an available option for pit entry.

Children under the age of 12 may attend the concert if they provide proof of a negative COVID-19 test taken within 48 hours of the show. No Pit access for children under 12 or anyone without proof of vaccination.

DEAD & COMPANY's tour will kick off August 16 in Raleigh, North Carolina, and run through Halloween, with a three-night stand at the iconic Hollywood Bowl on October 29, October 30 and 31. The 31-date tour also includes a night in New York at Citi Field (August 20),two nights in Boston (September 2 and September 3),two nights at Wrigley Field in Chicago (September 17 and September 18),and two nights in Denver (October 22 and October 23),among others.

DEAD & COMPANY was formed in 2015 when the GRATEFUL DEAD's Mickey Hart, Bill Kreutzmann and Bob Weir joined forces with artist and musician John Mayer, ALLMAN BROTHERS' bassist Oteil Burbridge, and FARE THEE WELL and RATDOG keyboardist Jeff Chimenti. The result was one of the most successful touring bands of the decade. Since its formation, the band has completed six tours, playing to 3.4 million fans, and has become a record-breaking stadium act. Having toured consistently since its 2015 debut, the band has grossed $255.5 million and sold 2.8 million tickets across 149 reported shows.

In between tours, DEAD & COMPANY hosts its annual "Playing In The Sand" all-inclusive Caribbean concert vacation in Mexico and features three nights of DEAD & COMPANY playing on an intimate beach. Due to overwhelming fan demand, a second weekend was added to 2022's Playing in the Sand. Both weekends have sold out.

We care so much about everyone involved in making this tour happen & all of you attending, so we will be requiring proof of full COVID-19 vaccination or negative test result within 48hrs of your event to attend select dates of the tour.