DEAD CROSS, the Southern California hardcore outfit featuring Dave Lombardo (SLAYER, SUICIDAL TENDENCIES, MISFITS), Mike Patton (FAITH NO MORE, TOMAHAWK), Justin Pearson (THE LOCUST, RETOX) and Michael Crain (RETOX, FESTIVAL OF DEAD DEER), has released its cover version of the BLACK FLAG classic "Rise Above". The song was created in solidarity with the "Black Lives Matter" movement and staunchly opposing police brutality and systemic racism. As such, the track opens with a recording of a Los Angeles resident voicing his displeasure with the Los Angeles Police Department during a public comment period from a regularly scheduled Los Angeles police commission meeting.

The video for "Rise Above" was filmed by Lombardo, The Lonely Rager and Becky DiGiglio, and was edited by Displaced/Replaced. The track was mixed by Jim Goodwin.

DEAD CROSS's upcoming effort will be the group's first since Crain announced he was cancer-free after undergoing chemotherapy and radiation for squamous cell carcinoma, the second most common form of skin cancer. 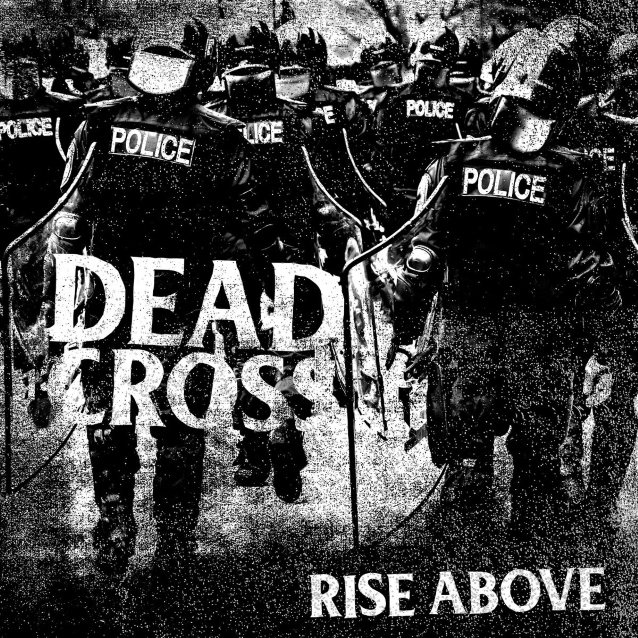