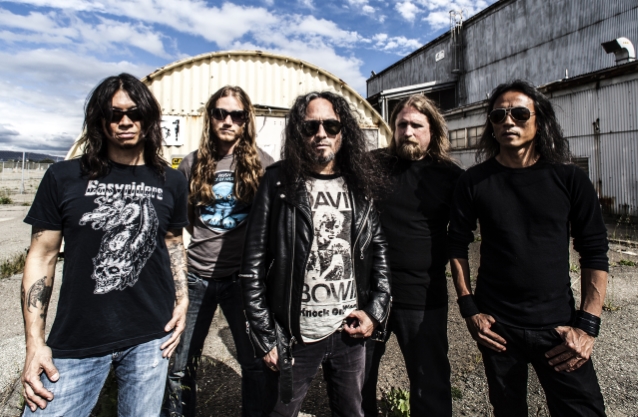 San Francisco Bay Area metallers DEATH ANGEL have entered AudioHammer studios in Sanford, Florida to begin recording their ninth album. The follow-up to 2016's "The Evil Divide" is once again being produced by Jason Suecof, who previously worked on DEATH ANGEL's last disc, as well as 2010's "Relentless Retribution" and 2013's "The Dream Calls For Blood".

Earlier in the year, DEATH ANGEL singer Mark Osegueda told The Metal Voice that the band's next effort would be "aggressive" and "in your face," but that it would retain the musical variety of "The Evil Divide". "We always have our own little subtle nuances that we throw in that other thrash bands just don't do, and I think that's what separates us from them," he explained. "I don't know if it's a better thing, but it's an original thing, and that's what we always strive for."

"The Evil Divide" was released in May 2016 via Nuclear Blast.