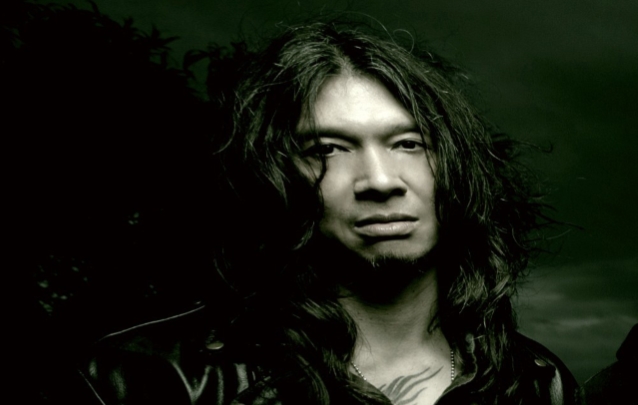 DEATH ANGEL Guitarist Understands Why SLAYER Is Calling It Quits

"I'll miss new music from SLAYER, and their live show is one of the best killer live thrash shows you'll see, even now," he says. "At the same time, I can see their point. They want to go out on top, not when they're starting to wither away. I understand that completely, and I know that it takes a lot of effort to keep the four-way marriage going."

Cavestany went on to say that retirement is not really an option for DEATH ANGEL. "[I'd be] so bummed if we had to stop playing right now — but on another level, even if we wanted to, it'd be a weird time to stop because we'd immediately be fucked scrambling for work," he explained. "Our music is like the blues for me — you can't help but do it because you love it, but it's a bummer because you're stuck in a weird vortex."

DEATH ANGEL's ninth full-length album, "Humanicide", will be released on May 31 via Nuclear Blast Records.

For the fourth album cycle in a row, DEATH ANGEL returned to producer and friend Jason Suecof (DEICIDE, TRIVIUM) of Audiohammer studios for the recording and mixing, along with the mastering of Ted Jensen (SLIPKNOT, PANTERA) of Sterling Sound, with artist Brent Elliott White (LAMB OF GOD, MEGADETH) providing the cover artwork.