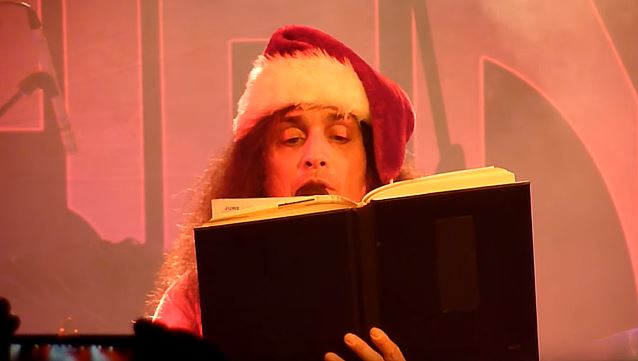 Fan-filmed video footage of DEATH ANGEL's second annual Christmas show on December 18 at Slim's in San Francisco, California can be seen below.

DEATH ANGEL has just completed work on its follow-up to 2013's "The Dream Calls For Blood" album at AudioHammer studios in Sanford, Florida with producer Jason Suecof. DEATH ANGEL vocalist Mark Osegueda told SFWeekly.com: "It's the third time we've used him, and we couldn't really be happier."

"We're looking at an April 2016 release date and songs include 'Father Of Lies' and 'Lost'. I can't tell you any others just yet, though."

Osegueda recently told Rock Hard magazine about DEATH ANGEL's mindset going into the songwriting process for the upcoming CD: "When we started working with Jason Suecof for the last two records, [2010's] 'Relentless Retribution' and 'The Dream Calls For Blood', we thought we were gonna do two records intense like that and kind of go back [to the more] melodic [direction of 1990's] 'Act III', but the last two records, we've been loving so much writing that style, and the crowds have been enjoying them so much. 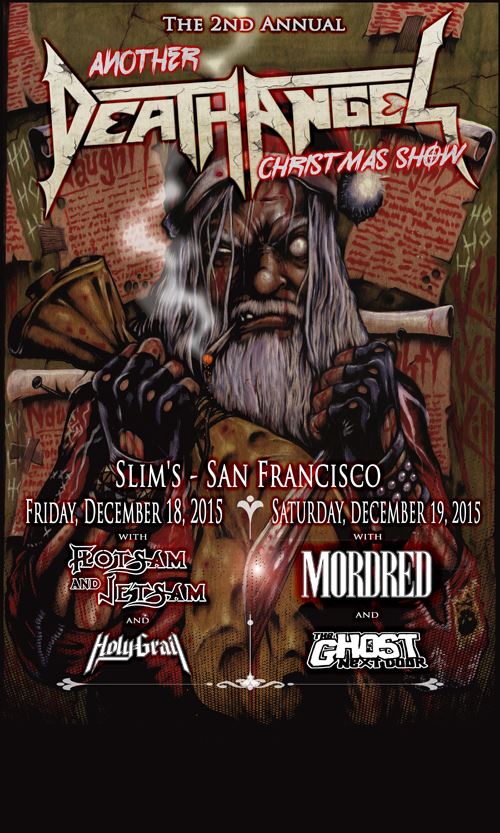