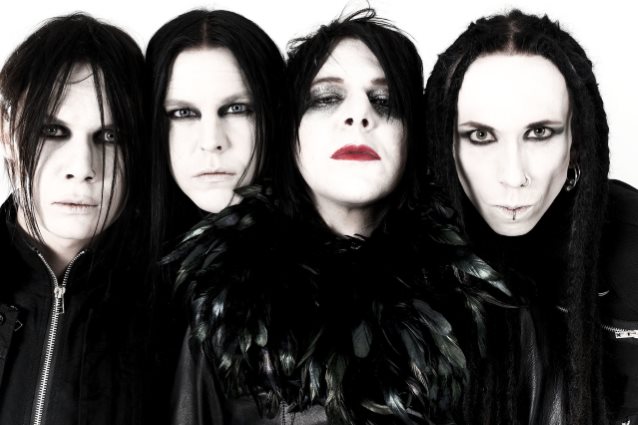 Leander, who started in DEATHSTARS as session drummer almost ten years ago became a full member in 2011, will play final last shows with the band in Mexico in July.

"After almost a decade of blood, sweat and darkness with DEATHSTARS, our journey has now come to an end," Leander said in a statement. "My aspiration to explore and to use my instrument in new areas has driven me to this decision.

"I wanna take the opportunity to say thank you to Andreas, Emil, Skinny and Eric for everything, and last but not least an even bigger salute to our crew and all our devoted fans around the planet. You all made this to a ride I will never forget."

Oscar has now joined TRIBULATION and will start playing live shows with them in June.

"We are still the best of friends, and we are pleased to see that Oscar joins our very good friends in TRIBULATION," said DEATHSTARS vocalist Andreas "Whiplasher Bernadotte" Bergh. "We will continue to hang out on a daily basis so on a personal level there isn't much of a change."

DEATHSTARS would like to emphasize that Oscar has been a very important part of the band during a long time and that the band has all the respect for his decision.

"We wish him the best, and we'll continue our journey," said DEATHSTARS bassist Jonas "Skinny Disco" Kangur and guitarist Emil "Nightmare Industries" Nödtveidt. "Right now we're focused on writing new material and start up a new chapter in the book of DEATHSTARS."