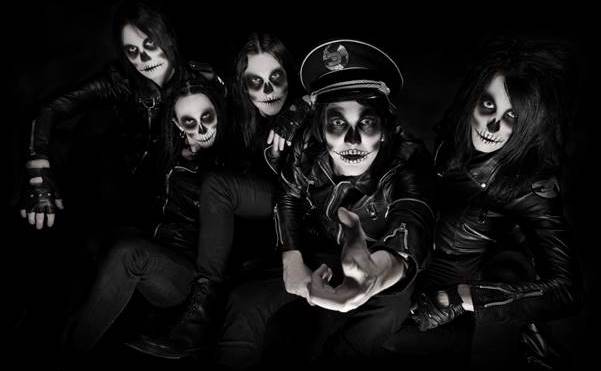 Swedish death-glam quintet DEATHSTARS will release its much-anticipated new studio album in February 2014 via Nuclear Blast Records. The follow-up to 2009's "Night Electric Night" will be recorded at Studio Bohus in Kungälv, Sweden with Roberto Laghi who will co-produce the album with DEATHSTARS guitarist Emil "Nightmare Industries" Nödtveidt.

Comments vocalist Andreas "Whiplasher Bernadotte" Bergh: "DEATHSTARS is an adventure for us. It's as if it is a phenomenon of its own, and our forum for destruction, glitter and darkness.

"We are very excited about the new material and every time we hit the studio, we never know what the outcome will be. I mean, we have a general idea, but we're never a 100 percent sure how the final result will be until we're done and can sit back and listen to it."

DEATHSTARS' "Claws Through Europe Tour 2014" will kick off on March 15 in Stockholm. 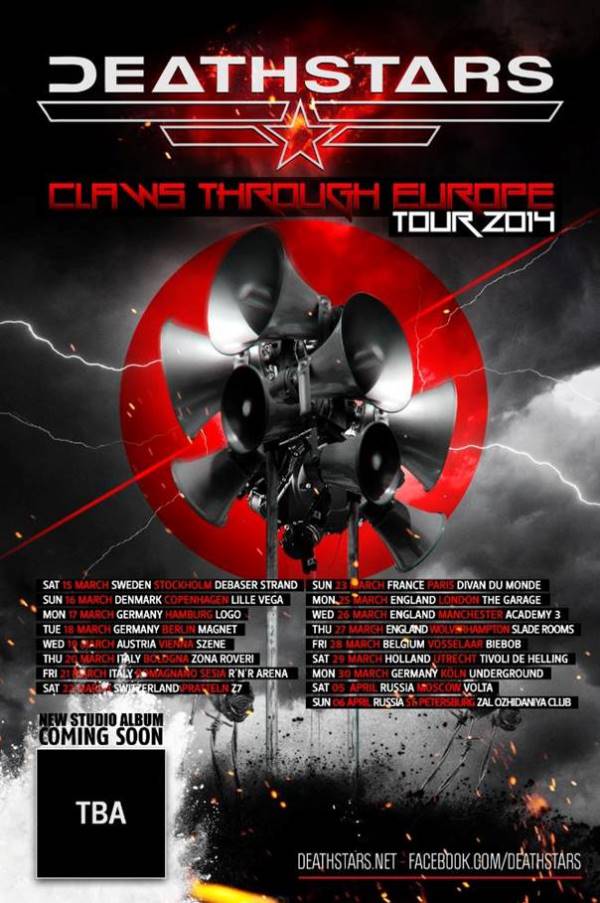