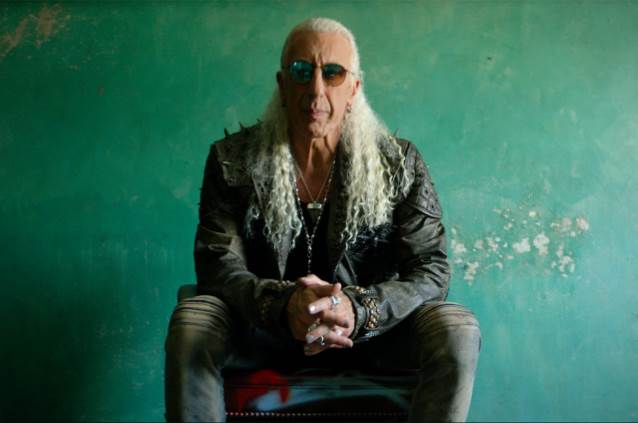 DEE SNIDER Is 'Not A Fan' Of DONALD TRUMP's Style, But Believes 45th U.S. President Is 'Not Being Given A Chance'

Dee Snider admits that he is "not a fan" of Donald Trump's "style" but he believes that the 45th U.S. president is "not being given a chance" to succeed.

The TWISTED SISTER frontman — who got to know Trump personally after appearing more than once on "The Celebrity Apprentice" — spoke about the billionaire real estate mogul during a recent interview with Loudwire.

Snider said: "I'm not a fan of Trump's style. But again, this is the hand that we were dealt. And a large part of the election going the way it did is because a lot of young people became apathetic after their guy didn't get the nomination," apparently referring to supporters of Senator Bernie Sanders, who attracted more young voters than Trump and Hillary Clinton combined. "I remember being 21 and stupid too. And [I saw things as] black and white — if I can't have my guy, [I'll vote for] nobody. Or I'll write something stupid in the margin of the ballot, or whatever. So now you have to live with those decisions. But at the end of the day, this is how the game is played. So next time, don't fuck up. Get out and vote. You can't complain unless you voted."

Dee went on to say that he has a "multi-faceted" take on the current political situation in the United States. He explained: "I think that Trump's supporters' extreme, aggressive support — seemingly blind support — is partially a reaction to the lashing out toward him… He's not being given a chance.

"There used to be this spoken rule that, okay, we had an election, my guy won, or this guy won, that guy lost, that's our president — like it or not, for the next four years, this is the guy — and we need to stand behind him, or at least give him a chance," he continued. "And I've taken that approach: we need to give him a chance to do… It's a different game, he's a different guy, it's a different world, all those things… And yes, I know the man. And by the way, I don't have one friend I'd want to be president of the United States. And can you think of one of your friends — I'm asking everyone watching — that you would want to be president of the United States? None. Because we know our friends too well, and they know us too well…

"So I think that we need to take a breath and say, 'This is our guy. He was elected fairly. We've gotta give him a chance,'" Snider added. "And I've noticed that just by saying those words, I've seen the ardent supporters go, 'Thank you for that. That's cool.' And just sort of relax a little bit. I think that's part of the problem."

Last November, Snider said that he could no longer be friends with Trump because he did not share the president's views on important issues, including the Trump administration's harsh immigration policy.

While many rock artists have been against Trump, musicians like STAIND's Aaron Lewis, Kid Rock, Ted Nugent and FIVE FINGER DEATH PUNCH's Zoltan Bathory have voiced their support the real estate magnate, who had no governing experience prior to being elected president.