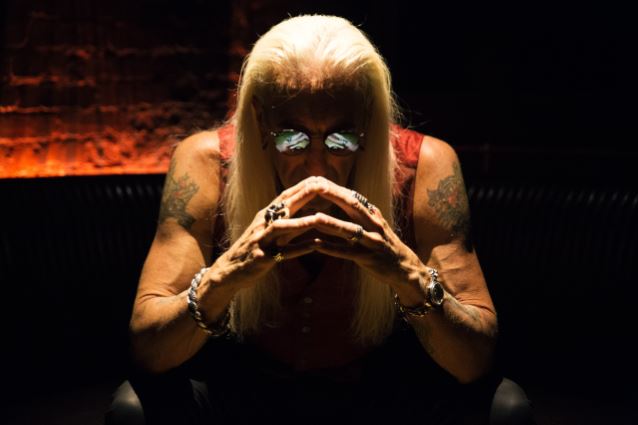 TWISTED SISTER frontman Dee Snider spoke to Billboard about his new solo album, "We Are The Ones", which will be released on October 28 via Red River Records (distributed by BFD/RED). Produced by Grammy- and Emmy-winning songwriter Damon Ranger, the record is described by Dee as "an album that is think part FOO FIGHTERS, part IMAGINE DRAGONS, part THIRTY SECONDS TO MARS." He added: "Forget anything from the past. Most of my heavy metal fans are gonna hate it; I've abandoned my past to move forward."

Asked if there was one song that shaped the sound of this record, Dee said: "The first song [Damon] brought me was a song called 'We Are The Ones', which is the title track from the album. Thematically, Damon says it's the message of Dee Snider fighting back and rebellion... it's believing in yourself. The 'We're Not Gonna Take It' message is eternal and that should continue on."

Snider also talked about the album's first single, "Rule The World", which he said was "sort of a 'We Are The Champions'; it's a very big studio anthem. When you hear it, it's the kind of thing you can totally see Super Bowl time, the whole stadium lit up and it's an uplifting song about, 'With hands held high, we can rule the world,'" he said. "It's basically about everybody just joining together with love and peace, real positive."

"We Are The Ones" will include a newly re-recorded acoustic version of TWISTED SISTER's "We're Not Gonna Take It" which has also been tapped the official anthem for The Recording Academy's advocacy efforts, including the "Fair Play Fair Pay" act. Also featured is a cover of NINE INCH NAILS' "Head Like A Hole".