DEEP PURPLE's next studio effort will be an album of covers titled "Turning To Crime". Due on November 26 via earMUSIC, the LP will contain DEEP PURPLE's versions of great rock classics and musical jewels — including songs originally recorded by Bob Dylan, FLEETWOOD MAC, Bob Seger, CREAM and THE YARDBIRDS — carefully chosen by each member of the band.

Produced by Bob Ezrin, "Turning To Crime" arrives only 15 months after "Whoosh!", DEEP PURPLE's 21st studio album, which received acclaim by critics who praised the creative strength of a band that continues evolving with every release, and prestigious chart achievements (third consecutive No. 1 in Germany, No. 4 in the U.K., and topped the U.S. Independent Album and Hard Music Albums charts).

The second single, "Oh Well", can be streamed below. A song originally written and recorded by FLEETWOOD MAC, it is accompanied by a music video (set to premiere later today) that shows DEEP PURPLE on a very special mission. Label and management would like to state that nobody from the band or crew, nor members of the media, were hurt during the shooting of the video in Germany in early October.

"Everyone knows 'Oh Well' is a great song," DEEP PURPLE bassist Roger Glover says. "Steve [Morse, guitar] did the demo for that one. You never quite know where it's gonna go with Steve because he is very inventive. Right up until the point, with a couple of verses in, it was pretty much the same as the original. And then, all of a sudden, it took off like a rocket… in some other space."

Last December, Glover revealed during a virtual meet-and-greet with Finnish fan Anssi Herkkola that DEEP PURPLE was planning to enter the studio in 2021 to begin work on another album. Speaking about how he and the other members of PURPLE have been spending their coronavirus downtime, Roger said: "All this COVID situation has meant that we can't tour. We're twiddling our thumbs, really, for over a year, and the idea was to possibly go back in and do another album. And so we're just working towards that. It's so quick after we'd done the last album, [and] maybe that will spoil things, but we're gonna try and do another album at some point next year. We're experimenting with stuff." 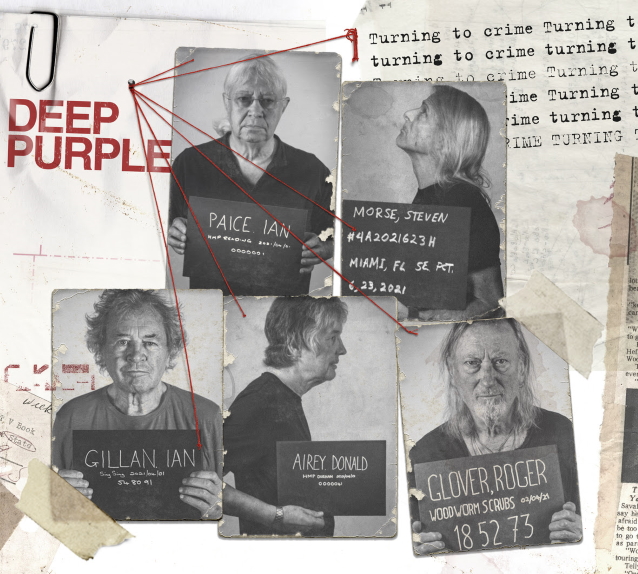