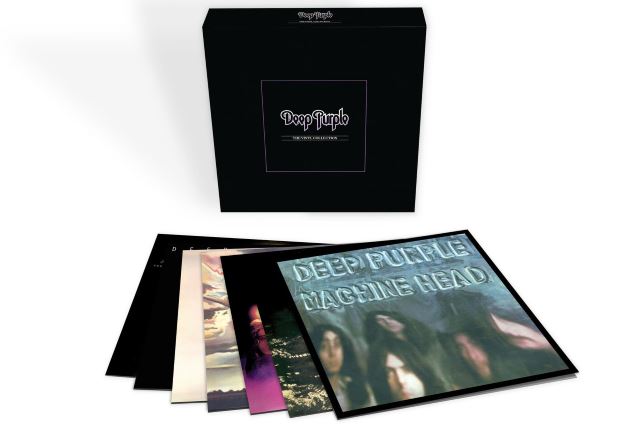 DEEP PURPLE: 'The Vinyl Collection' Due In January

Universal Music Catalogue has announced the January 2016 release of DEEP PURPLE "The Vinyl Collection". This seven-LP collection features the group's albums spanning the period 1972-1987, remastered from the original tapes (including the first official remasters of titles "Perfect Strangers" and "The House Of The Blue Light"). Pressed on 180-gram vinyl, they come complete with original inserts within replica sleeves and are housed together in a sturdy, deluxe box. Each album will also be made available as a standalone title.

Formed in Hertford, England in 1968, DEEP PURPLE is widely considered, alongside LED ZEPPELIN and BLACK SABBATH, as pioneers of heavy metal and modern rock. Still active today, the group has survived many lineup changes over the years and has launched the careers of many high-ranking rock performers, including Ritchie Blackmore, David Coverdale and Ian Gillan.

"The Vinyl Collection" is available to pre-order now.