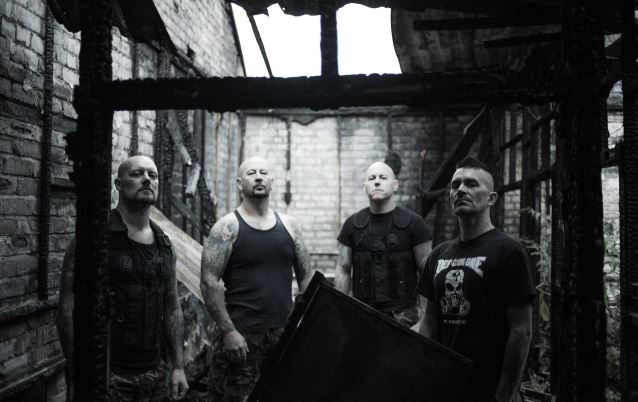 DEF CON ONE, the British metal band featuring former VENOM and MPIRE OF EVIL drummer Antony "Antton" Lant (brother of VENOM frontman Conrad "Cronos" Lant),will release a live, bootleg-style CD in November. The idea came about after fans kept asking for a live CD/DVD from the band. The songs, which were recorded at Beermageddon festival in 2012 and the Hordes Of Belial festival in 2014, have been mixed and mastered with the "warts and all" atmosphere being captured right there on the disc.

"Live Official Bootleg: Warts N All" will be a limited-edition digipack only available from concerts or via DEF CON ONE's web site.

Currently working on new material, DEF CON ONE will be active on the live front throughout the rest of the year as they play new venues and return to old favorites.

Formed over 10 years ago by Lant and guitarist Johnny Hunter, DEF CON ONE played at U.K.'s Bloodstock festival in 2011 after the release of its debut EP. A subsequent year of touring and gigging all over the U.K. saw their fanbase increase significantly, and DEF CON ONE signed to Scarlet Records in 2012. The band's debut album, "Warface", came out the same year and was followed by "II" in February 2014. 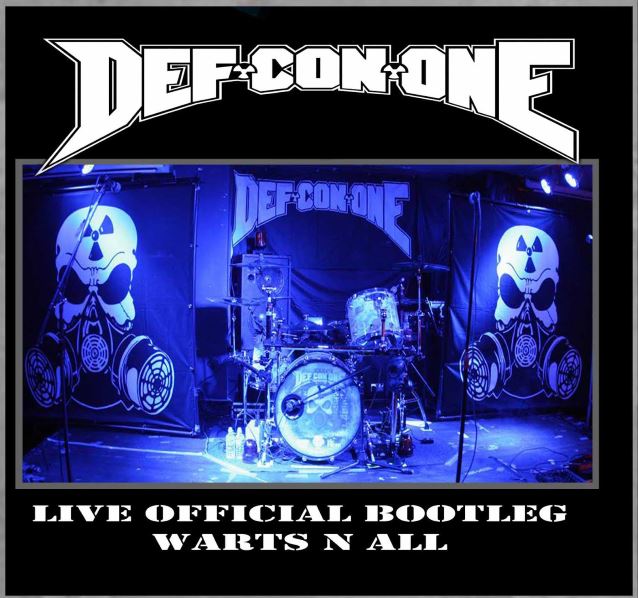