More than half a million fans have seen the veteran rock bands play so far on the 58-city tour, which launched on May 21 at Hartford's XL Center.

The top box office count was logged by Denver's Coors Field which hosted the tour on July 21 and scored $3.8 million in sales from a sellout crowd of 44,928.

The final stop on the 20-week jaunt will be a two-night engagement at the Forum in Inglewood, California on October 6-7.

DEF LEPPARD guitarist Vivian Campbell recently told the West Palm Beach, Florida radio station 98.7 The Gater that the current tour with JOURNEY has "been epic. It's been really, really great," he said. "Everything about the tour has just been a lot of fun for us. We only toured with JOURNEY one other time, and that was twelve years ago, and that was an epic tour as well. JOURNEY are just that kind of band, much like DEF LEPPARD, that [have] such a depth of catalog — so many hit songs, one after the other. It's one of those situations where one and one makes three." 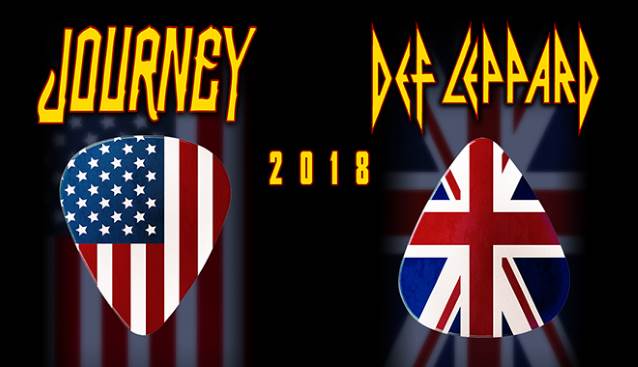