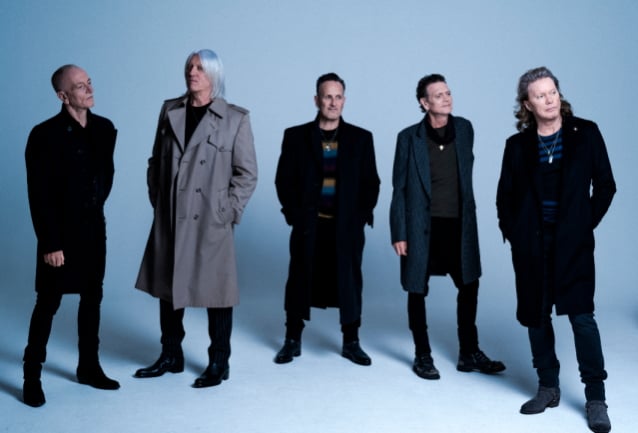 Rock legends DEF LEPPARD celebrate their massive impact on rock history with their 45th anniversary in 2022. To commemorate this brilliant occasion, the award-winning Swedish liquor producer Brands For Fans is releasing not one, but two premium gin products.

With this DEF LEPPARD gin portfolio, Brands for Fans aims to embody one of rock 'n' roll's most legendary and influential bands, adding to their legacy. These gins are named after two songs on DEF LEPPARD's iconic album "Hysteria": "Animal" and "Rocket". Both superior quality products, expertly created by globally recognized in-house master blender Daniel Henriksson, these gins will certainly deliver a rock 'n' roll lifestyle into the homes of both life-long fans and spirits connoisseurs.

Brands for Fans worked with Epic Rights, a licensing agency of DEF LEPPARD, to develop these products.

Def Leppard "Animal" is a classic London Dry Gin with a high intensity of flavors. The grain-based distillate is heavy with juniper, lemon, and botanicals. It is spicy, big, and bold and has all the classic gin characters you should expect in a London Dry Gin. This gin's label design is inspired by the hit single "Animal" from the album "Hysteria".

Def Leppard "Rocket" is a premium distilled gin with a high intensity of flavors. Also, with this gin, the grain-based distillate is bold with juniper and herbaceous tones. Taking inspiration from the lavender labyrinths in Sheffield (Manor Lodge),and to get an even more developed experience of botanical character, additional flavors of lavender and lemon are macerated and blended with the distillate. There are no added sweeteners, ensuring the purest quality of liquid. The label design is based off the hit single "Rocket" from the album "Hysteria".

These products launched Friday, June 10, 2022, in the U.K., mainland Europe, Sweden, the Nordics, and the USA.

DEF LEPPARD's latest album, "Diamond Star Halos", sold 34,000 equivalent album units in the U.S. in its first week of release to land at position No. 10 on the Billboard 200 chart. It marked the band's eighth top 10 LP. 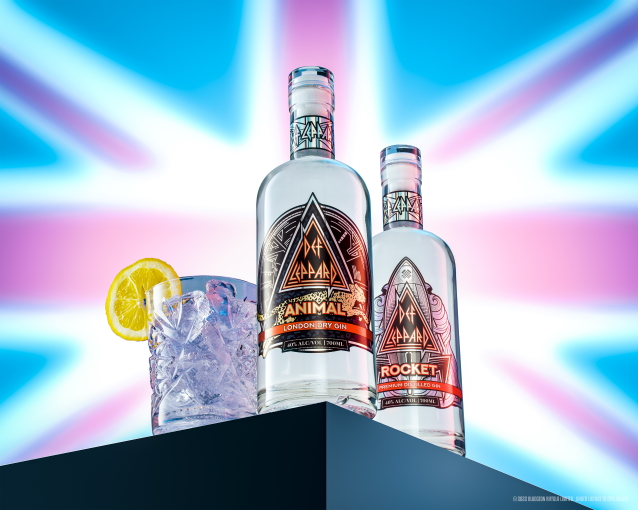