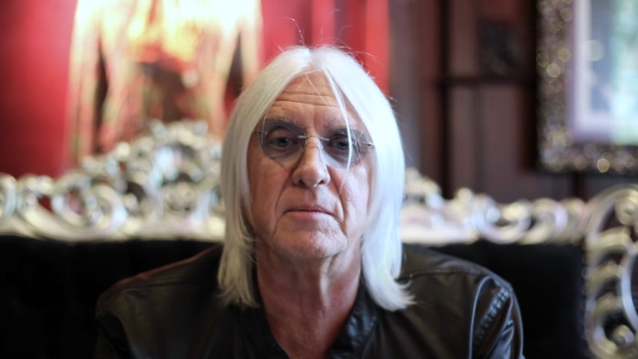 In a new interview with Germany's Rockland Radio, DEF LEPPARD singer Joe Elliott was asked why fans of his band should listen to the band's upcoming album, "Diamond Star Halos", which will arrive on May 27 via UMe. He responded (as transcribed by BLABBERMOUTH.NET): "If you're a DEF LEPPARD fan, I would imagine there's always a need to listen to some new music, because as much as it's great to have this massive back catalog of music, new music is what keeps a band alive, so we wanna share that with our fans.