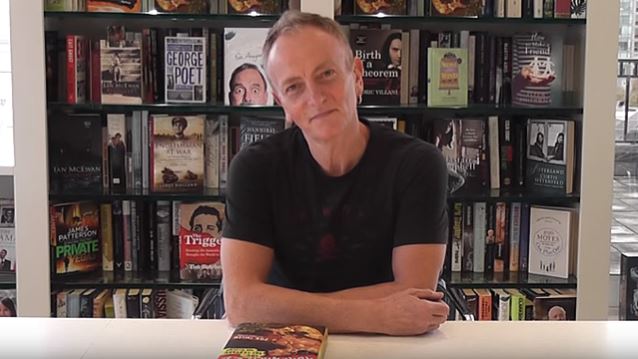 Mark Taylor of Metal Talk recently conducted an interview with DEF LEPPARD guitarist Phil Collen. You can now watch the chat below.

Speaking about DEF LEPPARD drummer Rick Allen's first big comeback show after the 1984 car accident that took his left arm — an August 1986 appearance at the Monsters Of Rock festival in England alongside OZZY OSBOURNE and SCORPIONS — Collen said: "I think, unfortunately, because Rick had had his accident, that's the only reason that a lot of people were prepared to listen to [us play] — because someone had a disability — which is kind of a bit lame, when you think of it. But it actually worked out really well. They actually gave it a chance, and they went, 'Wow! These guys are really good.' And, obviously, Rick was amazing. It was a big deal. For him, it was something very special."

Asked if the band felt any nerves before the show, Collen said: "I think more for Rick than anyone else. Because it was early days with his electronic drum kit. Now it's easy — he does it in his sleep, and it never goes wrong now. But it has done in the past before. But having said that, I broke a string, or my voice has gone out completely while I'm singing. Or I forgot the words on a solo part. So it happens to everyone. I think you get past that. The fact that it was so much deeply with his accident… that it was the drums, and it actually… it meant something very personal to him as well — overcoming that disability and changing one thing for another. So it was more than just a drum kit. It meant a lot. So that's why, I think, Rick would be a bit nervous to that. But everyone's a different soul; they approach it differently."

Allen previously told Ultimate Classic Rock about how his playing style has changed as a result of losing his arm: "You can't really consult the book of one-armed drummers, you know." He added: "[It's] a little more deliberate. My left leg is not as accurate as my left hand but, over the years, the learning curve has pushed me in a direction that is really cool. I think these days, what I've really emphasized is celebrating my uniqueness and the fact that I can do things that other people can't necessarily do."