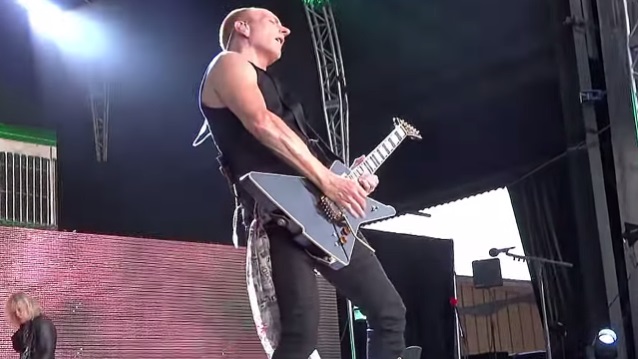 Lisa Berigan of Big 100.3, Washington D.C.'s home for bigger and better classic rock, recently conducted an interview with DEF LEPPARD guitarist Phil Collen. You can now listen to the chat below.

As previously reported, DEF LEPPARD guitarist Vivian Campbell will receive a stem-cell transplant in September after doctors discovered his cancer had returned and is now in remission.