DEF LEPPARD and LAST IN LINE guitarist Vivian Campbell was interviewed on the November 16 edition of Eddie Trunk's SiriusXM satellite radio show, "Eddie Trunk Live". You can now listen to the chat using the SoundCloud widget below. A couple of excerpts follow (transcribed by BLABBERMOUTH.NET).

On the songwriting process for "Heavy Crown", the forthcoming debut album from LAST IN LINE, the band featuring Campbell alongside fellow founding DIO members Vinny Appice and Jimmy Bain, plus singer Andrew Freeman, who has previously fronted HURRICANE and LYNCH MOB:

"It was a moment of clarity for me, because here was the original DIO band sounding like the early records, but here was this great singer who didn't sound anything like Ronnie [James Dio] but yet he could put his own slant on these songs and make them his own. And that got me thinking. And that's kind of the first thing that got the ball rolling. And we sat down and we discussed [how] we were just gonna play some gigs and play these songs from the early albums. And that's what we did. And at that point in time, we weren't even thinking about doing new music. And we just continued to go out and do a few shows as and when our schedules permitted. And it was great fun, and we just really enjoyed it. But then, out of the blue, Frontiers Records in Italy offered us a deal, so we thought, 'Why not?' And that's when we started writing songs. And it just happened so, so easy — as indeed the 'Holy Diver' album did back in late '82, when we were writing that record. Usually, Vinny and Jimmy and I would go into the room early and Jimmy would have a riff, or I'd have a riff, and we'd just kick it around with Vinny and we'd come up with a musical bed. And then Ronnie would come down in the evening and he'd listen to it, he'd make a couple of suggestions, he'd open his lyric book, make some notes, and about a half later, he'd step up to the mic and started singing. And before the end of the night was done, we'd have a song, and it was a very quick process. And that's the same way we did this record ['Heavy Crown'], and it happened just as quick."

"I'm very active on my Facebook page and on the LAST IN LINE Facebook page, and people always write in and suggest different singers: 'This guy sounds like Ronnie.' But that's really missing the point. If Andrew had come in the rehearsal room a couple of years ago and sounded like Ronnie, I don't think I'd be talking to you about this tonight. Because you can't replace [someone like Ronnie]; he was the best of a genre and a very, very unique singer. And it's just the fact that Andrew can bring a different kind of take to this that actually led us to this stage."

"Andrew not only sings great, but he's a great melody writer and a really, really great lyricis, and I think he's really gonna impress a lot of people."

On LAST IN LINE's upcoming tour:

"When LAST IN LINE go on tour next spring, in the U.S. and in Europe — we're still booking the dates, but that's our target: to do some key U.S. shows as well as some European shows — obviously, the bulk of the set is still gonna be drawn from the early DIO albums, from 'Holy Diver', 'The Last In Line' and a couple of songs from 'Sacred Heart'. But we are, at least, gonna feature two, maybe three or more, of the new tracks, depending on how they are received, I suppose. But they do fit right in there. The debut song, 'Devil In Me', in many ways, I could have heard that song on 'Holy Diver'. That is probably one of the more classic-sounding songs on the new record."

"Heavy Crown" will be released on February 19, 2016 via Frontiers Music Srl. The CD was recorded at a Southern California studio with producer Jeff Pilson, a veteran bassist who has played with DIO, FOREIGNER, DOKKEN and T&N, among others.

LAST IN LINE recently filmed music videos for the songs "Devil In Me" and "Starmaker" with director Jamie Brown of Smoking Gun, Inc. and co-producer Thomas McNeely. The "Devil In Me" clip can now be seen below.

As previously reported, LAST IN LINE recently parted ways with keyboardist Claude Schnell. Campbell explained in a statement: "When we started this project a few years ago, the initial idea was to reunite the original DIO band to play the songs we wrote and recorded with Ronnie in the early 1980s. Joined by Andrew Freeman on vocals and original DIO keyboard player Claude Schnell, we played a handful of shows from southern California to the U.K to Japan. It was a limited ambition, but one that brought us great joy in reconnecting to this great music, to each other, and to our collective history.

"Our ambition at that time didn't extend to writing and recording any new music, but when we were offered the opportunity to do so by the Frontiers record label, we took that step forward. At that time, it was decided that we enter the studio to write this new album in the very same spirit as we did the 'Holy Diver' record: In autumn of 1982 Ronnie, Vinny, Jimmy and I went into Sound City studios to kick around ideas and riffs, and about six weeks later we started laying down the tracks for what was to become the 'Holy Diver' album. It was after 'Holy Diver' was written and recorded that we brought in Claude to embellish certain songs in a way that the guitar just couldn't do. From that time forward, Claude became an essential part of the band's live shows.

"In retracing our footsteps, we again started to write this new album as a four-piece band — thus keeping the emphasis on guitar-driven songs. In the course of doing so, we have decided to continue on that path and remain a four-piece band.

"We wish Claude every success and he remains a very close friend and confidant to all concerned." 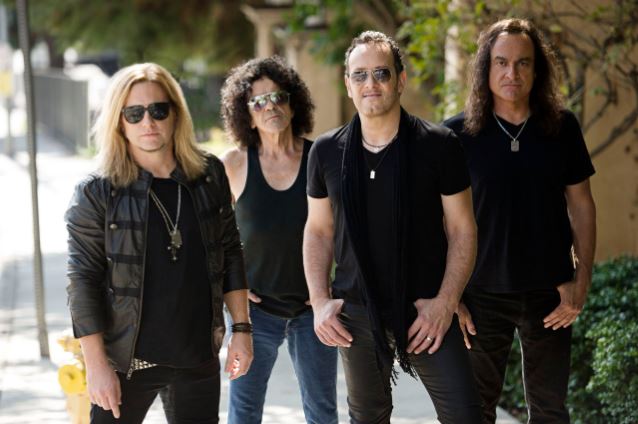 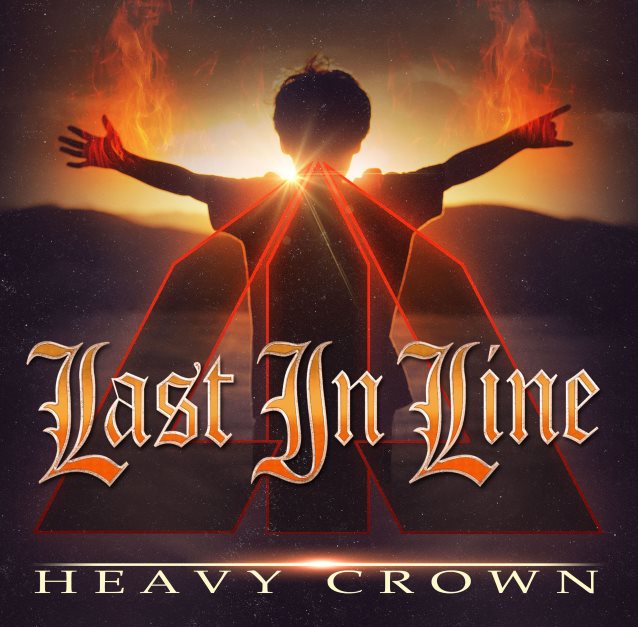