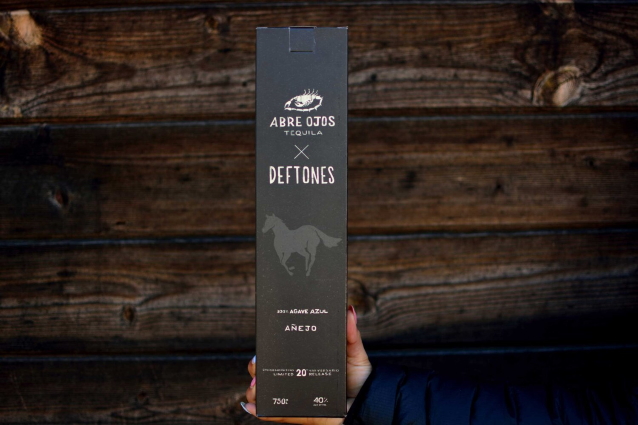 To celebrate the 20th anniversary of DEFTONES' legendary platinum-certified album "White Pony", the band has partnered with Abre Ojos Tequila to release a limited-edition Añejo Tequila.

The limited-edition Añejo was handcrafted in the town of Tequila, Jalisco. It is aged up to two years in American Oak used whiskey barrels, creating caramel, vanilla, hazelnut and chocolate notes. The buttery taste ends with a smoky, mature flavor. It is meant to sip and enjoy.