DEFTONES will embark on a North American headlining tour this summer. Support on the Live Nation-produced 20-date trek, which will kick off on July 27 and conclude on September 5, will come from GOJIRA and POPPY. Tickets go on sale to the general public this Friday, February 14 at 1:00 p.m. local time.

"We're super excited to have GOJIRA spending the summer with us, and POPPY will be a really fun addition as well," says DEFTONES frontman Chino Moreno. "We're looking forward to seeing everyone this summer. It's been a minute."

GOJIRA said: "We are very excited to announce that we'll be touring North America this summer with our friends the DEFTONES. They are one of the coolest bands out there and we've been dreaming about touring with them for decades. POPPY will join the party as well!"

Last year, Moreno said DEFTONES had been working on the follow-up to 2016's "Gore" album. "We are kind of enjoying our time making it," he told NBC San Diego. "It's been a cool process. We get together, we work for a couple of weeks, whether that's just making noise and coming up with ideas and then everybody just goes home and comes back to work on 'em a little bit more." 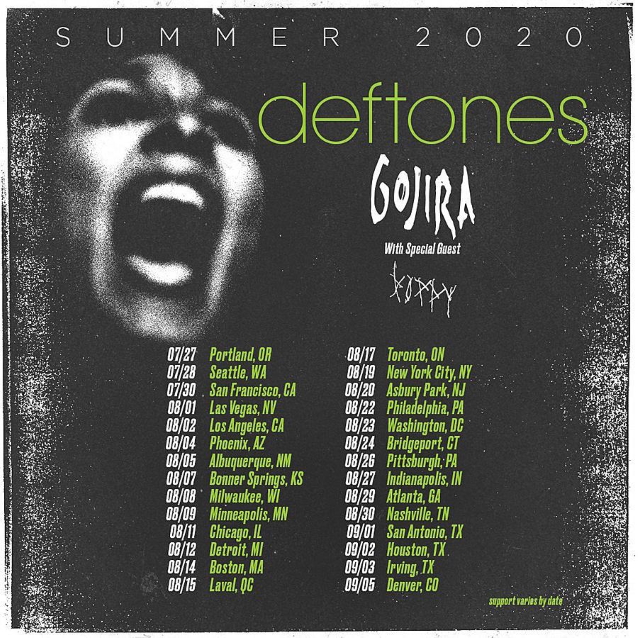