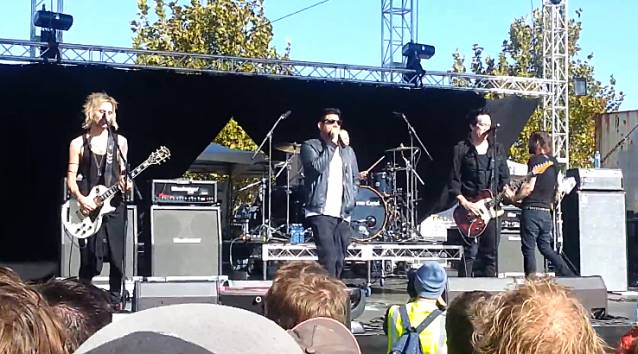 DEFTONES frontman Chino Moreno joined FILTER on stage on Monday, March 3 at the Perth stop of this year's Soundwave festival in Australia to perform the FILTER song "Take A Picture". Fan-filmed video footage of his appearance can be seen below.