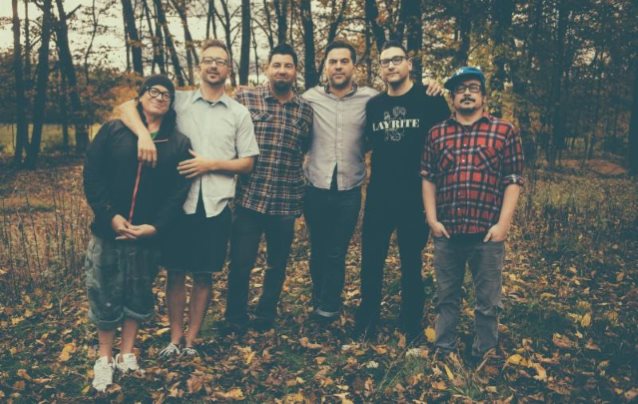 TEAM SLEEP, the side project of DEFTONES frontman Chino Moreno, has premiered a track with RollingStone.com this afternoon. This new version of "Blvd. Nights" was captured last fall during the band's live/in-studio sessions at the Applehead Recording studio in Woodstock, New York. Due on July 10 via LP/CD, the "Woodstock Sessions" will be the collective's first official release in over 10 years!

An experimental and at times unclassifiable amalgamation of styles, TEAM SLEEP's loose roster includes Moreno, Chuck Doom (CROSSES), CrookOne, Rick Verret and Todd Wilkinson. New to the fold and manning the drum throne for the forthcoming album is Gil Sharone (of MARILYN MANSON and THE DILLINGER ESCAPE PLAN fame).

Since their self-titled debut in 2005, the group has only sporadically reconvened for touring and demo recording. However, in October 2014, TEAM SLEEP descended on Applehead Studios to record "Woodstock Sessions Vol. 4". The album will include powerful reworkings of the band's classic material as well as official versions of songs heretofore only appeared in demo form.

As is the format for "Woodstock Sessions" events, a live audience attended the two-day session and watched the band compose, perform and record the album.

With this premiere, TEAM SLEEP is also announcing that several other releases are in the works for them. These will include a series of studio and instrumental EPs. Select live shows are also on the itinerary for the near future.

The "Woodstock Sessions" produce events that are a hybrid between audience-attended recording sessions and live performance. The products of these sessions are unique recordings and the ultimate fan experience. Sessions have included Rich Robinson (BLACK CROWES) and the BAD BRAINS.