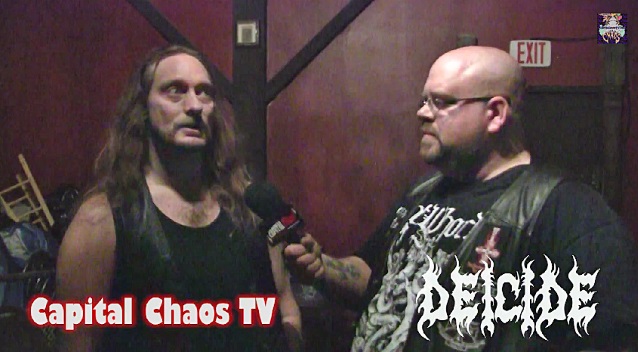 Jon Rexius of Capital Chaos TV conducted an interview with drummer Steve Asheim of Florida death metal veterans DEICIDE on October 23 at the Oakland Metro in Oakland, California. You can now watch the chat below. A couple of excerpts follow (transcribed by BLABBERMOUTH.NET).

On DEICIDE's plans for the next few months:

Steve: "We have a tour of Europe scheduled for December… Other than that, we got picked up for another record, so we're gonna start working on some new stuff, which we've got a couple of songs kind of framed out already. So we're gonna be busy again all through next year — next couple of years, it looks like. [We're gonna work on] a record and [play] some more shows. It seems like they're gonna happen, so [I'm] looking forward to all that."

Steve: "It's good to see that [the metal scene] is still going. It's weird when you hear kids talk about the band: 'We listented to you in high school.' It's like you hear that for years about how kids are listening to us in high school. So it's, like, we've been an ever-lasting presence in high schools for twenty years now. So, as we become multi-generational, it's, like, we have 50-year-old fans and then we still have 15-year-old fans that roll up [to see us play]. It's like the thing that… When I was a kid, [what] BLACK SABBATH was, it's, like, that's what we've become — not in a selling sense, but in a how-people-think-about-your-band sense. I don't know… It's just a wild thing to have happen." 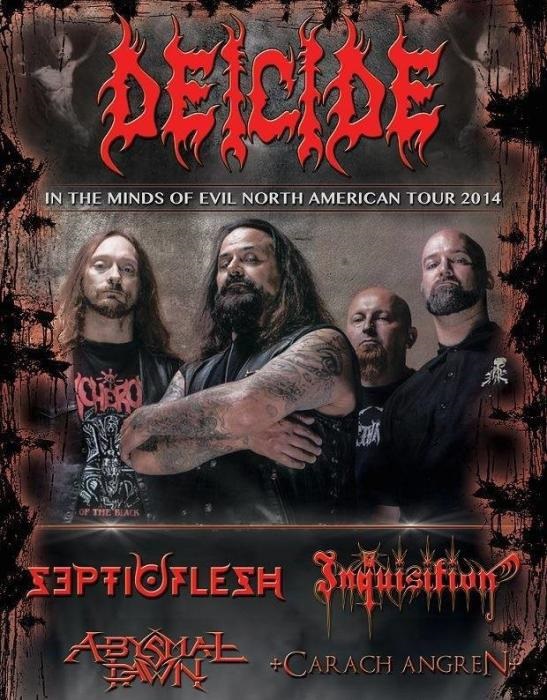