Florida death metal veterans DEICIDE will headline the fifth installment of the annual Metal Alliance tour. Support on the trek will come from ENTOMBED A.D., HATE ETERNAL, BLACK CROWN INITIATE and a band to be announced at a later date.

The tour will make the trek across United States and Canada, starting on the East Coast in May and ending late June.

Confirmed dates and advance ticket sale info will be made available shortly.

The poster artwork done by Brian Mercer and can be seen below. 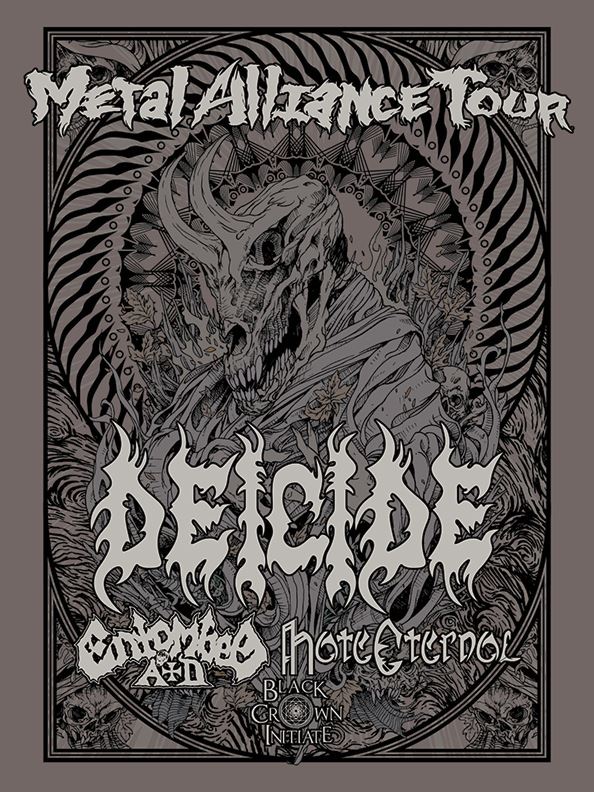