DEICIDE's Denver Concert To Be Streamed On YAHOO!

DEICIDE has teamed up with Live Nation and Yahoo! to live-stream the band's June 3 concert from Denver, Colorado. This is one of 365 concerts to stream over a 12-month period on the Live Nation channel on Yahoo! Screen.

Fans will also have the freedom to stream the concert wherever they are through Yahoo Screen on iOS, Android, mobile Web, desktop, and Smart TV platforms, including Apple TV, Roku and Xbox 360.

DEICIDE will headline the fifth installment of the annual Metal Alliance tour. Support on the trek will come from ENTOMBED A.D., HATE ETERNAL, BLACK CROWN INITIATE and SVART CROWN. 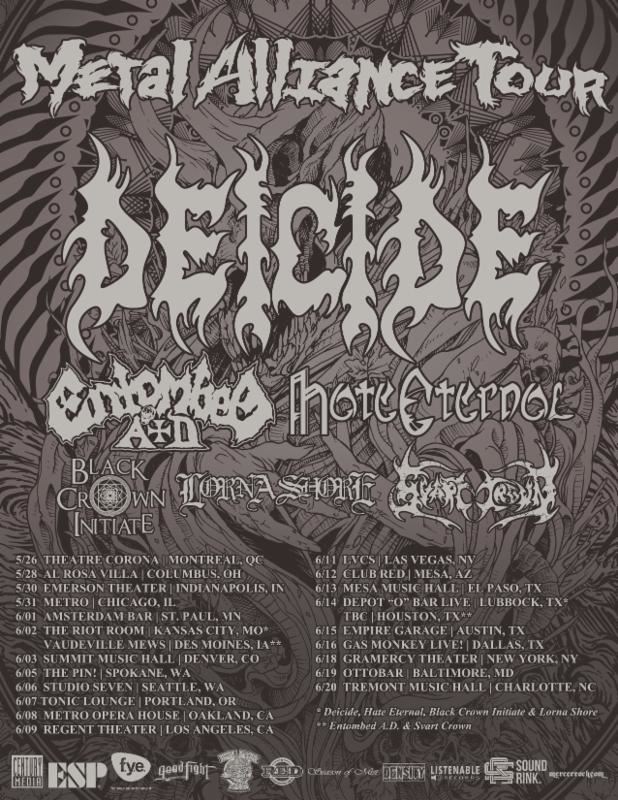