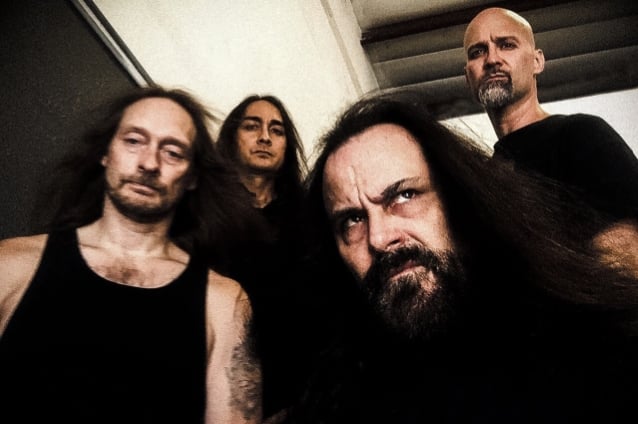 DEICIDE's GLEN BENTON Has Learned To Show Restraint During Interviews: 'People Try To Bait Me. I'm Not Going To Let It Happen Anymore'

Dead Rhetoric: This is your 12th album. What makes an album like "Overtures Of Blasphemy" stand out?

Glen: "I guess over time you define yourself. It's defining our sound. We've always strived for something better each time, with each release."

Dead Rhetoric: Does it get tougher, given that there's a certain fanbase for the band, to come up with a new spin on material without making it seem like more of the same?

Glen: "This time around, we just wanted it to be fun. Simplicity was pressed upon everybody and the old-school grooves and riffs and lyrics — we just focused on that. When we had that in mind, this ['Overtures Of Blasphemy'] was what came out of it."

Dead Rhetoric: In hearing the album, it does sound like you are channeling that older vibe. There's that intensity that the first few albums carried.

Glen: "It was our last record for Century Media for this contract and we felt like we had nothing to lose, so we wanted to write a record that we enjoy instead of trying to impress someone else. We just wrote it for ourselves."

Dead Rhetoric: With this album being the end of the line, are you looking or are you planning to stay with Century Media?

Dead Rhetoric: From what I remember reading, Jack Owen [guitar, ex-CANNIBAL CORPSE] more or less unceremoniously left the band in 2016. How's it been to work with Mark English?

Glen: "Mark is a great guy. He's really laid back. He's a great, sweep-type player. He's very professional and methodical. He's our age and he just fits in better. Kevin [Quirion] is an amazing writer and amazing rhythm guitar player as far as his technique. He's become quite the lead guitarist too. He and Mark are swapping off on this record. We have a good chemistry going on with everybody."

Dead Rhetoric: Almost 30 years in at this point, what's your relationship with Steve Asheim [drums] like?

Glen: "Steve and I… what can I say? I go over to his house, if he needs some yard work done, I help him out. I was just over there recently to trim his trees. We are friends and we've been friends since he was 16-17 years old. It's been a long time. Steve and I have been the team — we've done the writing and we are the ones that have kept this thing afloat. We could have very easily said fuck this and gone to do other things. I could have done a solo career or we could have gotten other things going. This is where our hearts and souls lie."

Dead Rhetoric: Being more outspoken, controversy seems to follow you and the band, are there ever any moments that you've regretted something that has happened?

Glen: "I've learned to show some restraint when I do interviews now. People try to bait me and try to pull me off the bench. I see it personally and I've seen it happen to other people. I'm just not going to let it happen anymore. That's why I didn't do much press for the last record, or the one before that. I just don't have the time for certain things."

"Overtures Of Blasphemy" will be released on September 14 via Century Media. The follow-up to 2013's "In The Minds Of Evil" was produced by Jason Suecof (THE BLACK DAHLIA MURDER, TRIVIUM) at AudioHammer Studios in Sanford, Florida. The cover artwork was created by Zbigniew M. Bielak (GHOST, PARADISE LOST, MAYHEM) and can be seen below. 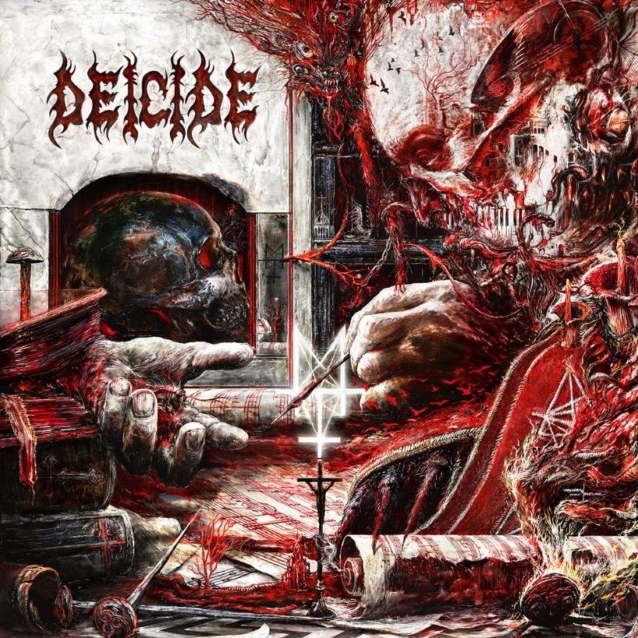