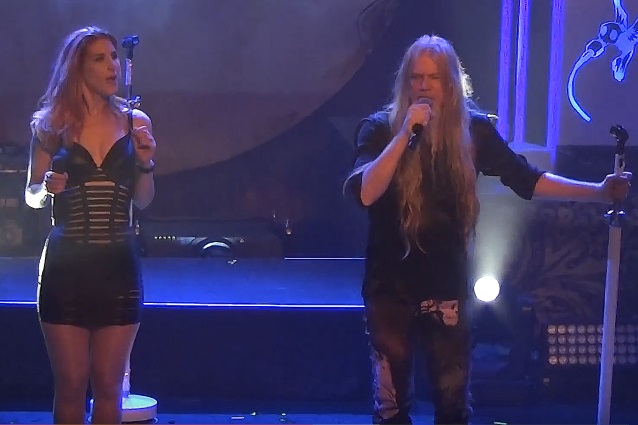 Dutch symphonic metallers DELAIN have just embarked on a very special run of shows, dubbed the "Danse Macabre" tour. Joining the band for this exclusive set of dates is longtime friend and collaborator, NIGHTWISH lynchpin Marco Hietala. Having contributed to most of DELAIN's records with guest appearances and after worldwide requests from fans, DELAIN and Hietala are now storming the stage together on the "Danse Macabre" tour.

Fan-filmed video footage of the "Danse Macabre" kick-off show, which took place on October 26 at L'Alhambra in Paris, France, can be seen below.

DELAIN will follow the "Danse Macabre" tour with a string of dates in South America in late 2017 and a full North American tour with KAMELOT and BATTLE BEAST in the spring of 2018.

DELAIN spent the last year celebrating its tenth anniversary — from the release of "Moonbathers" and an anniversary edition of its debut disc, "Lucidity", to extensive headline tours across Europe and North America to gracing some of the world's biggest festival stages — and capped it off with the release of its first-ever live DVD/Blu-ray package.

Issued on October 27, "A Decade Of Delain: Live At Paradiso" was filmed at a sold-out gig at Amsterdam's legendary Paradiso on December 10, 2016. DELAIN was joined on stage throughout the evening by Alissa White-Gluz (ARCH ENEMY),Liv Kristine, Burton C. Bell (FEAR FACTORY),and many other special guests and collaborators. 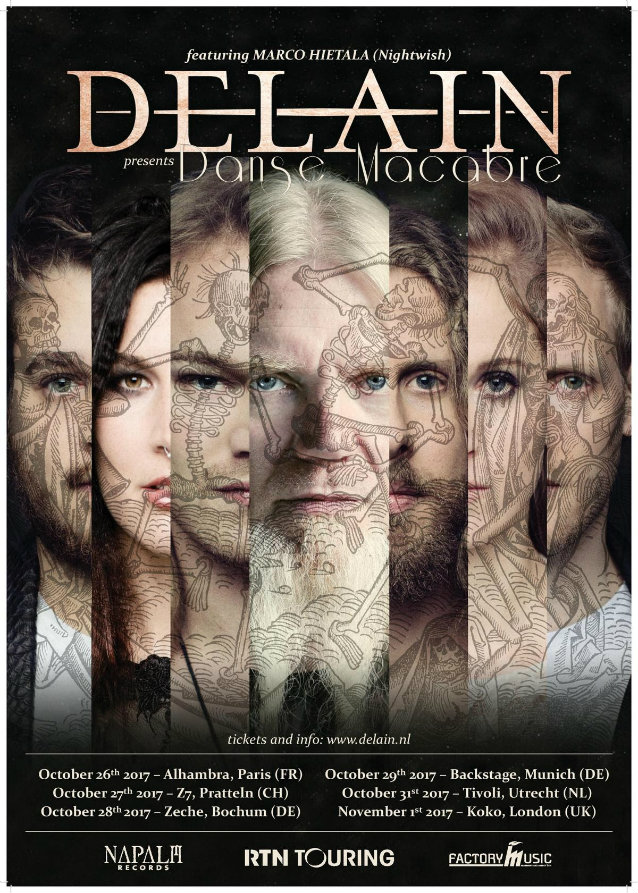