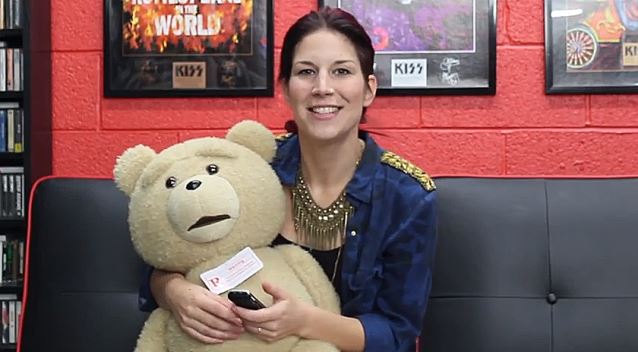 DELAIN Frontwoman Interviewed By THE AGE OF METAL (Video)

Singer Charlotte Wessels of Dutch symphonic metallers DELAIN was interviewed by The Age Of Metal prior to the band's September 22 performance at Club Red in Tempe, Arizona as the support act for KAMELOT. You can now watch the chat below.