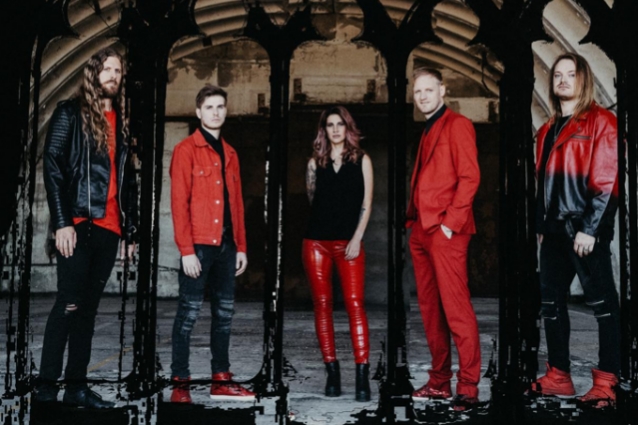 After creating suspense with the previous release of two video teasers, DELAIN unfolds the entire story in their new music video.

The band states: "We are proud to present 'Burning Bridges', the first track off our sixth full-studio album. With its energy and bombast, the track marries some of our favorite musical elements, and introduces a real-life choir as a new color on our palate. We hope you enjoy the track, along with its video, shot in beautiful Snowdonia."

This past June, Wessels confirmed that DELAIN was putting the finishing touches on its new album for an early 2020 release.

DELAIN drummer Joey De Boer is missing at least the first few shows of the band's current North American tour. According to a Facebook post by the Dutch metal band, "there has been a delay" in obtaining Joey's U.S. visa and "it may take as much as a couple of weeks to get" the paperwork processed. Filling in for him is AMORPHIS drummer Jan Rechberger.