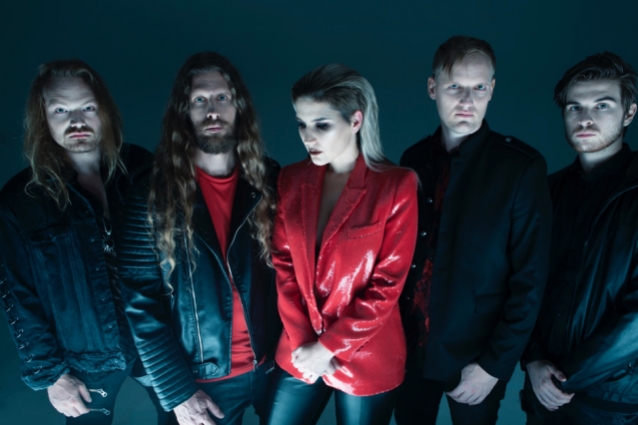 DELAIN Releases New Single And Lyric Video For 'One Second'

Dutch symphonic metallers DELAIN have released a new single called "One Second". Taken from their soon-to-be-revealed next Napalm Records LP, the single is accompanied by a lyric video filled with a mix of stunning visuals from the band's recent North American tour and metaphorical glimpses into the song's protagonist’s mind.

Commented DELAIN: "We're happy to present our new single 'One Second', an eclectic anthem about falling for that long lost love over and over again. Contrasting our previous orchestral singles, 'One Second' showcases the other side of our upcoming album; this song features snappy riffs and a chorus we can't wait to hear you sing along with, courtesy of Timo Somers. The video was shot on the road in North America. Make sure to catch our upcoming gigs in the U.S. and Europe."

This past September, DELAIN released the official music video for a new song called "Burning Bridges".

Wessels recently confirmed that DELAIN was putting the finishing touches on its new album for an early 2020 release.