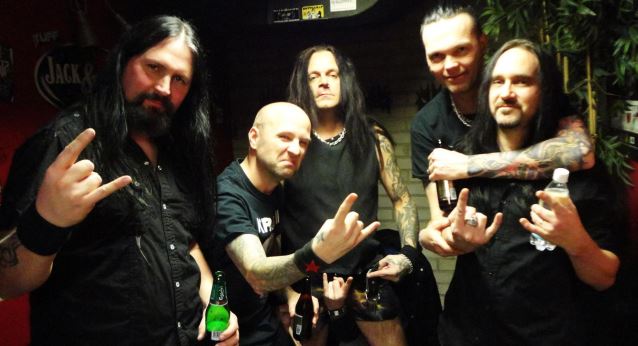 "Judas Kiss", the new Paolo Carboni-directed video from DENIED, the Swedish metal band featuring vocalist Johan Fahlberg (JADED HEART) and bassist Fredrik Isaksson (formerly of THERION and GRAVE),can be seen below. The song comes off the group's third album, "Let Them Burn", which was released in January via Sliptrick Records. The CD was recorded with producer Fredrik Folkare (UNLEASHED) and was mastered at Dugout Productions. The artwork was created by Alexander Lifbom.

DENIED was formed in Upplands Väsby, Stockholm, Sweden in 2003 by Andreas Carlsson. Devoted to heavy-yet-melodic metal, he wanted to expand his vision beyond a simple dream. The band recorded its first album, "Seven Times Your Sin", in 2005 and supported it with local gigs.

In September 2005, DENIED underwent its first lineup change when bassist Robert Stellmar and drummer Pete Dolls were recruited. The group's second album, "New Army For The Old Revolution", saw the light of day in late 2008.

In 2009, DENIED enlisted longtime friend Fahlberg as their new vocalist and in November of that same year, guitarist Chris Vowden joined the group. In May 2011 the band parted ways with Stellmar and recruited Isaksson.

DENIED has "earned a reputation as a great live act from their performances in various rock clubs in the Stockholm area," according to a press release." Through the years, DENIED has supported such acts as DREAM EVIL, SISTER SIN and ENTOMBED. Their ability to work the crowd and drive them into a frenzy has become a trademark for DENIED." 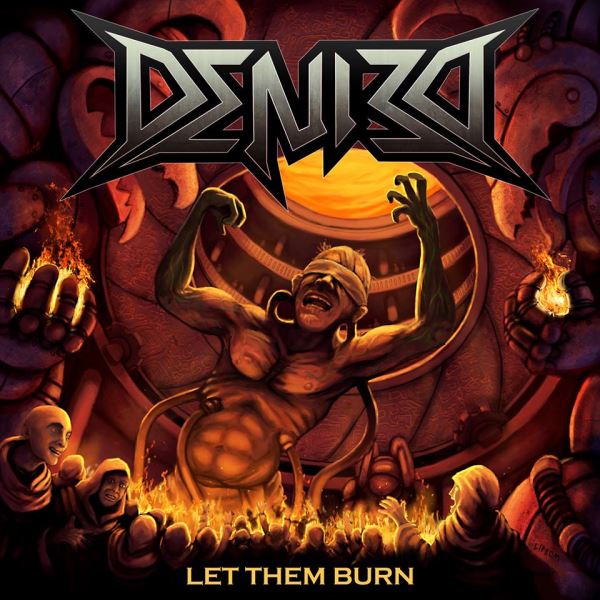