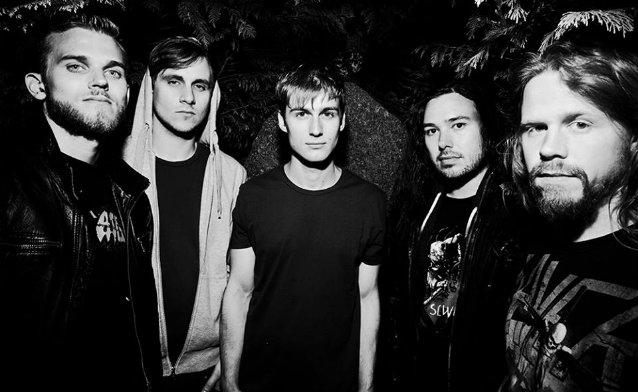 BLOOD LABEL, the Danish alternative metal outfit featuring members of HATESPHERE, DAWN OF DEMISE and THE BURNING, has inked a deal with Mighty Music.

BLOOD LABEL's debut album was produced by Tue Madsen (THE HAUNTED, SUICIDE SILENCE, SICK OF IT ALL) and is scheduled for release in early 2014.

A video teaser for the CD is available below.

Formed in 2008, BLOOD LABEL has supported some of the biggest international metal acts, including ENTOMBED, ARCH ENEMY and VADER, and played venues and festivals all over its home country.

The band's debut EP, "Existence Expires", was produced by ex-HATESPHERE frontman Jacob Bredahl and was released in 2011.