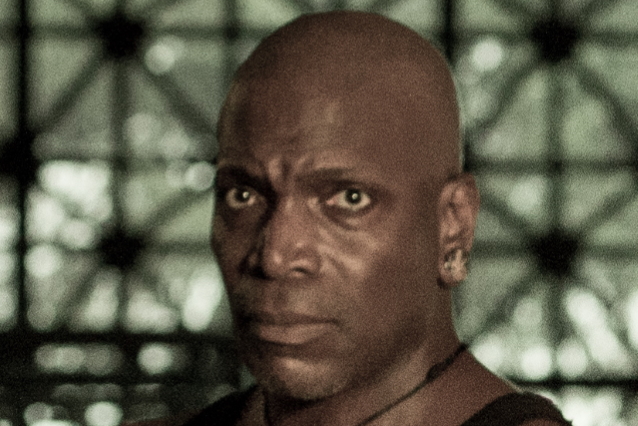 DERRICK GREEN On SEPULTURA Fans Asking For Reunion With MAX CAVALERA: 'It's Hard For Some People To Really Move On'

SEPULTURA singer Derrick Green says he doesn't "worry too much" about fans calling for the band to reunite with former frontman Max Cavalera, explaining that it's "hard" for some people "to really move on."

Asked in a new interview with the "Scars And Guitars" podcast why he thinks SEPULTURA still gets asked about a possible reunion with Max, Derrick said (hear audio below): "I think for some people, it's hard for them to really move on. It's hard for people to change in general — for the fact that they're fearful of change, because of the unexpected when changing. It's hard for certain people, but that's okay. It's not where we're at musically, and thank god that we were able to move forward and not only rely on the past. I think it's natural for certain people that they gravitate to something that they've known from the past, and maybe that's just where they like to have their heads."

He continued: "I never wanted to be in that position, just because I'm an artist and, for me, it's important to really explore and to evolve, and change is actually necessary. And that's something that's happening in all of our lives, so I accept it and go with it and living within the moments that are happening now."

Derrick added: "I don't worry too much about other people and them being trapped in the past. It's just something I don't wanna be a part of or be near that. [Laughs]"

According to Green, it was harder for him and his bandmates to deal with the Max reunion talk in the first couple of years after he joined the band. "It was definitely frustrating, and then I saw it was frustrating for the guys," he admitted. "People forget that Igor, I played with him for nine years [in SEPULTURA], and then he was getting these questions too, and it was frustrating for him. Yeah, there are gonna be those questions and everything. But, like I said, for us, it was just important to write music, to tour, to play, so we have other things to talk about."

SEPULTURA bassist Paulo Xisto Pinto Jr. recently said that he has had "zero" contact with Max, adding that a reunion with the band's original frontman would have to happen "naturally."