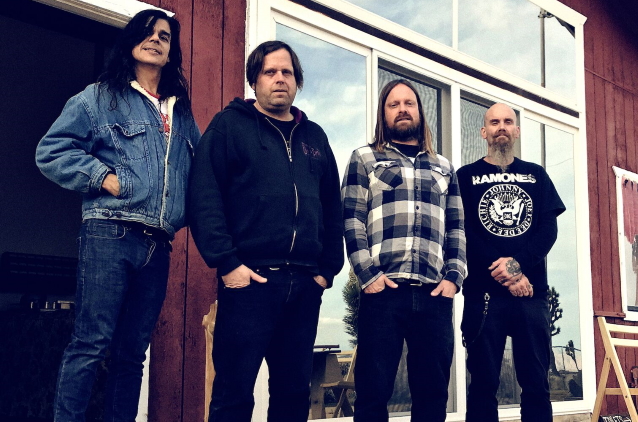 As friends and pioneering legends in the Palm Desert rock scene of the early '90s, Arce and Balch have performed in the same circles for decades, and now have teamed up with a few friends for a project that gives new life to the experimental and collaborative spirit of the early "generator parties" that gave birth to the scene nearly 30 years ago.

Built upon the riffs and writings of Arce and Balch with help from co-conspirators Tony Reed (MOS GENERATOR),Mario Lalli (FATSO JETSON, YAWNING MAN),Per Wiberg (SPIRITUAL BEGGARS, ex-OPETH),Bill Stinson (YAWNING MAN),Nick Oliveri (MONDO GENERATOR, ex-KYUSS),Lisa Alley and Ian Graham (both of THE WELL) and Thomas V. Jäger (MONOLORD),BIG SCENIC NOWHERE brings together an abundance of variation and showcases the raw songwriting born out of jam sessions where impromptu ideas were tossed back and forth, developed and laid to track.

Said Balch: "'Towards The Sun' is a result of Gary Arce and myself jamming riffs. We jammed for, like, five hours and then I went back in and grabbed sections and pieced them together. We started talking about guest musicians for this project and Tony Reed from MOS GENERATOR came up. Thomas Jäger from MONOLORD was mentioned too. Stoked we got them both to contribute. Mario Lalli on bass and Bill Stinson on drums rounded out the rhythm section. I think you can hear all of the bands represented in this track, if you listen closely. This is also one of the many times I've laid down a solo with the intention of constructing one later and recording over the first one. Almost every time that happens, I end up keeping the first one. This is no exception. First-take keeper!" 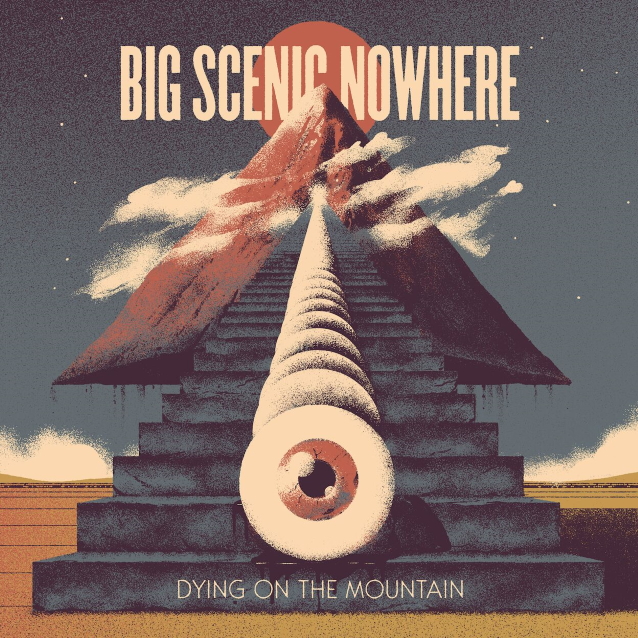