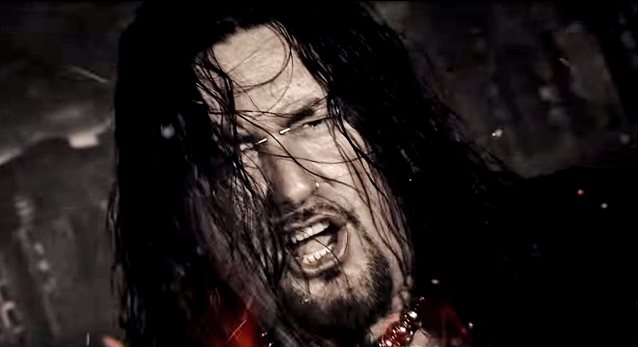 DESTRUCTION's SCHMIER Says TRUMP Presidency Would Be Even 'Bigger Disaster' For U.S.

Matt Coe of Dead Rhetoric recently conducted an interview with DESTRUCTION vocalist/bassist Schmier. A few excerpts from the chat follow below.

Dead Rhetoric: "Second To None" contains your views on Internet hate and the various scams that exist online. Is some of the content based on personal experience, and do you believe that as much as "social media" is supposed to bring humans closer, in some respects its brought us further and further apart?

Schmier: Yeah. Of course, the fact that people are anonymous on the Internet, they can do whatever they want. That fact makes the biggest cowards, the biggest mouths, and the biggest speakers on the 'Net. Of course everybody has their own experiences, I have stalkers, we have haters as every band has haters, and you have to deal with that. My girlfriend, as an example, got a lot of dirty mail when we announced we were together, just from some idiots. That's a sad fact, and as much as I'd like to ignore it, it's something you have to face when you go on the Internet, you know? It was important for me to scream it out. In my opinion, it's like everybody says — it's envy that makes people write shit like this. It was fun to see the reaction, to see people's reaction on our lyric video. Some people believe Internet bullying does not exist. The Internet never forgets; it will always stay out there. The people that you insult and aggress against, they will never forget. In the end, when I see how many people have responded to our video, on our YouTube video we have 150 dislikes on 55,000 views, so it shows also that not so many people are doing this. I see the same negative people posting on Blabbermouth, on YouTube and other forums.

Dead Rhetoric: It can be frustrating for me to look at, because if you spend so much time hating things, you could take that and put it in another direction…

Schmier: Exactly. It's the metal community, it's like the underground we should be supporting each other instead of killing each other with words. It's a new trend at the moment, and nothing you can do about it, but I chose to write a song about it. I knew the haters would hate it, of course.

Dead Rhetoric: Have you been following the insanity of the upcoming American election for president? I'm curious to know your thoughts on where the state of the world is today and what needs to be really looked at for the future.

Schmier: Oh, yes. There are so many problems in the world, when you see what's going on even in Europe at the moment. In Poland, the conservatives took over again, also in Hungary. They start to control the media again, the government. Even in Germany, we have all the refugee problems now; it's more of a right-wing party getting strong again. And then we look to America, and we see a conservative idiot [in Donald Trump] that is hypnotizing the masses, it's scary to see. I believe he's going to make it, and I don't believe it's going to be good for America. I understand people are not satisfied with the government at the moment, but I don't think this guy will make it any better; it's going to be a bigger disaster. The problem is, the only cool guy [Bernie] Sanders has no chance, at least for me that's the guy that is the smartest of them all. Hilary "Blowjob" Clinton as a president, isn't that disgraceful for America? I stopped voting in Germany a year or two ago because all I saw was filth. The government was changing, different parties came in but nothing was really changing. I don't believe in politics. The problem is we are getting ruled by the industries. It's all about making more money; we all know that.

DESTRUCTION's new album, "Under Attack", was released on May 13 via Nuclear Blast. The band started recording the CD after the summer festivals last year and tracked segments in various studios between September 2015 and January 2016. They completed the drum recordings with Martin Buchwalter at Gernhart Studios in Germany, and mixed and mastered with VO Pulver at Little Creek Studios in Switzerland. 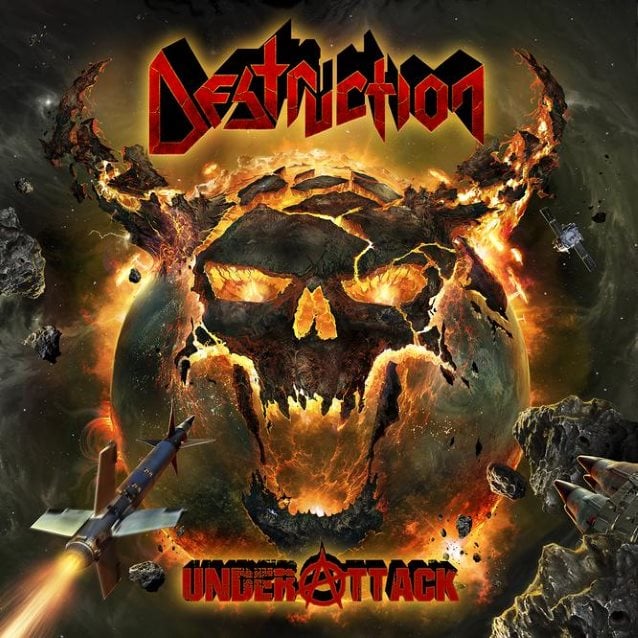