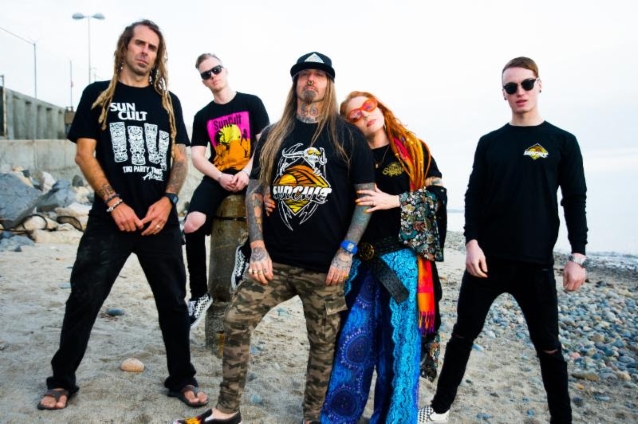 In 2014, DEVILDRIVER and COAL CHAMBER frontman Dez Fafara peeled off his wetsuit and sat down next to his wife Anahstasia to watch the sun disappear into the Pacific. Fresh off yet another grueling tour, he had gone to the beach to wash the road off with a surf session. As the sun sank into the sea, Anahstasia remarked how much it looked like a logo. Dez turned to his wife and told her he had an idea for a new family business... thus, Suncult was born.

At the same time, across the country on a North Carolina sea island, Randy Blythe was on a touring break from his band, LAMB OF GOD. A lifelong skateboarder, Blythe had just begun surfing. Within two years, he would ride waves in Asia, South America, Australia, and both coasts of the United States. Surfing had become an obsession, matched only by his passion for underground music.

Fafara and Blythe had already been friends for over a decade, putting literally thousands of miles of road beneath their boots as their bands toured the world together. Once Dez found out Randy had started surfing, it was only a matter of time before they would ride waves together. A few years later, a friendship born of music was sealed in saltwater. After several epic sessions, in 2018, the Fafaras invited Blythe to become a partner in their growing family business, and the cult expanded.

Now, the new surf apparel and lifestyle brand Suncult is officially relaunching as a partnership of the Fafara family and Blythe, and in celebration, is offering a special discount code that will offer 10% off of your entire purchase from the site. Enter the code SunCultFam at checkout, or visit the link www.suncult.com/discount/suncultfam directly to order and the discount will automatically be added to your cart at checkout.

Dez says: "Watching the relaunching of the Suncult brand has been absolutely fulfilling in so many ways for myself and the Fafara family. We've brought in Randy, who from day one was a supporter and understood what we were trying to do with the brand, and has become family himself as he actually has a room here at the Fafara house!

"We have truly upped the game with new designs as well as kept the aesthetic of the brand for the outcasts, the outsiders, and those who are on the fringes of society, much like ourselves. We are equal parts skate and surf, and are dedicated to the metal/punk rock music lifestyle we live daily — on tour, in the water surfing, or hitting the asphalt on boards!

"We will be doing beach cleanups to give back to the community, as well as a few pop-up shops to give buyers the chance to get in on Suncult. I'm very much looking forward to seeing where Suncult takes us in 2019 and beyond as we enter into discussions with stores and buyers that are reaching out to carry the brand! Thank you for the continued support — here's to good times ahead!"

Blythe adds: "When Dez asked me if I wanted to become a partner in his family's brand, Suncult, my answer was simple: 'I kinda thought I already was.' Suncult started as a surf-centric brand, and while surfing is one of the core elements of what we do (and always will be, since we surf Suncult boards together all the time), we wanted to expand it to encompass different aspects of our lifestyle that other people outside of surfing identify with. That means including the darker aesthetics of the metal and punk music we listen to, the classic horror films we watch, and the urban aggression of a skateboard or bike ride through the cities we spend so much time in on tour. Suncult isn't for the 'beautiful people,' the Gidget-Beach-Blanket-Bingo set; it's for the freaks, misfits, and weirdos who are already on a permanent aggro-vacation with Dracula.

"Personally, in a creative capacity, it's been gratifying for me to see a few concepts I helped sketch out turn into new designs (including one I've had as an idea for a tattoo for 20 years — so cool to see it on a shirt). I really enjoy bouncing ideas around with Dez and crew, then watching our artist bring them to life. I'm looking forward to doing some pop-ups, sponsoring beach cleanups, and meeting the people who 'get' what it is we are doing as the brand grows. We'll know you when we see you..." 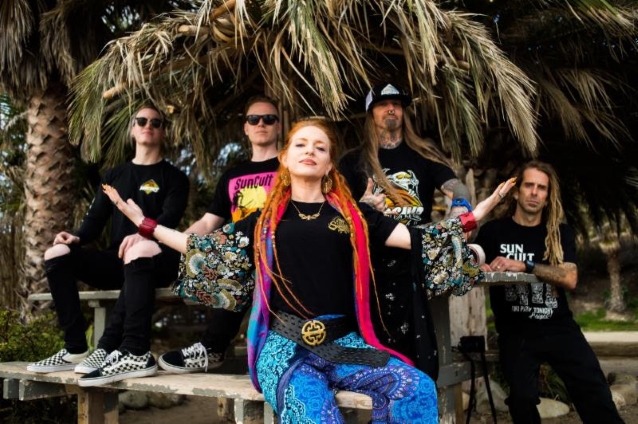 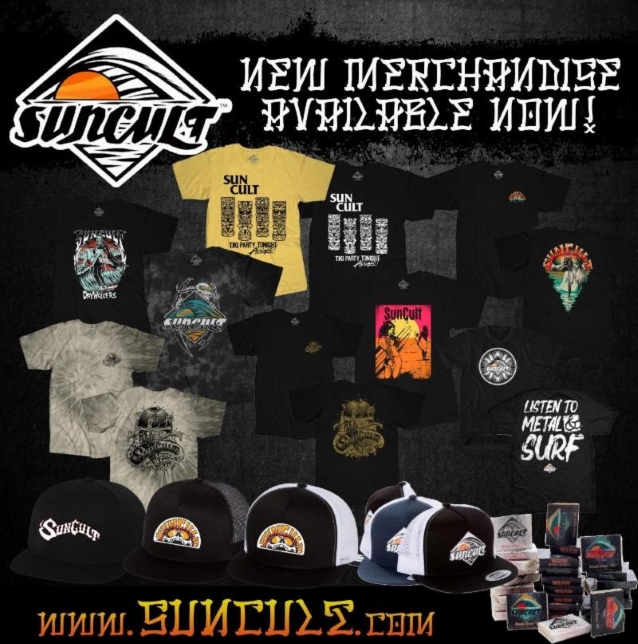