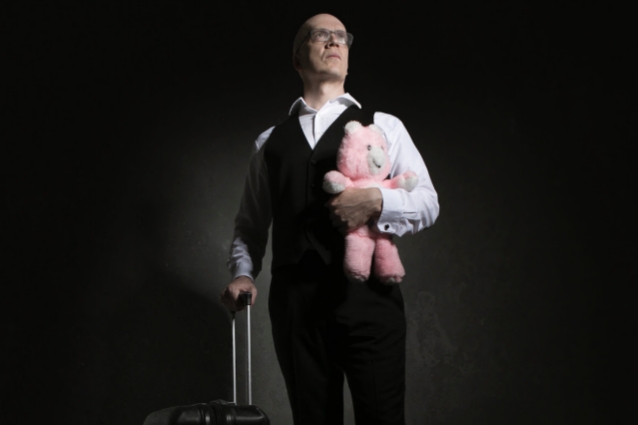 Canadian heavy music artist Devin Townsend will embark on a North American tour this winter. Support on the trek, which will kick off February 27 in Toronto and end on March 25 in San Francisco, will come from THE CONTORTIONIST and HAKEN.

Devin said: "Volume one of the 'Empath' tour is coming to North America. This is the first of several tours, so hopefully we can [play] near your area (bookings permitted)

"This is the same band that starts in Europe in a few weeks... It's a big undertaking, so I hope you can make it. A couple of cities were not able to be played on this run as a result of overlaps with certain members, but it's on!"

Townsend released his acclaimed new album "Empath" in March and will embark on the "Empath - European Tour Vol. 1" in November.

Since disbanding the DEVIN TOWNSEND PROJECT, Devin has been tracking down players of excellence to form a new live band, which he presented via a video message in September.

Devin commented: "There have been only a few times throughout my career that I can safely say I've taken a chance as big as I'm about to take with these new touring plans. But I believe that to not take a chance on something as important to me as this can only lead to creative stagnation.

"It is with profound gratitude that I can announce this next tour. To be joined by musicians of this caliber, as well as crew and sound design of such a level, is something I am truly humbled by. As one who has been working professionally my whole career to be able to be allowed to pull something like this off, I really can't say 'thank you' enough to everyone involved.

"This is a quantum leap for me, and it's a situation that I have been very proactive in choosing a group of individuals and setlist for.

"I am thrilled and honoured to be joined on these next tours by drummer Morgan Ågren, guitarist Mike Keneally, ambient guitarist Markus Reuter, keyboardist Diego Tejeida, singer and guitarist Ché Aimee Dorval, bassist Nathan Navarro, as well as a three-person choir comprised of Samantha and Anne Preis, and Arabella Packford.

"This will be without a net. No backing tracks, no clicks, a lot of room for improvisation, and every possible avenue through musicians and production of high calibre for new and interesting things to be possible each night.

"Though this is the first of my upcoming plans for touring, and I don't want to be limited in the future, my gut feeling is that this will be a truly unique and fascinatingly colourful organization that will yield wonderful things. I truly hope it can be received well enough to be brought to a lot of different territories.

"In a wonderful turn of events, the tour is selling out quickly, so please don't delay and miss the opportunity to see this unique band.

"Thank you again for allowing me to do these sorts of things. Truly."

Over the past few years, the success that Devin has slowly worked for has fortunately come with the power to control his own creative destiny. The recent successes with the DVD from a sold-out Royal Albert hall, or his 2012 "Retinal Circus", or the "Ocean Machine" live DVD with the Orchestra And Choir Of State Opera Plovdiv has put him in a position where with the latest album "Empath", he has once and for all defined himself as a musical force outside of any particular genre classification.

On this album, Devin decided to see what would happen if all the styles that make up his current interests were finally represented in one place. To finally shake the fear of expectation, and just do what it is he was meant to do creatively, "Empath", true to the name, is about allowing the audience a feeling for a variety of musical emotions. The musical dynamics represented on this single album are broad, challenging, and immense. To approach this sort of work with a long history of what makes heavy music "heavy," allows this to be done with a type of power rarely heard. 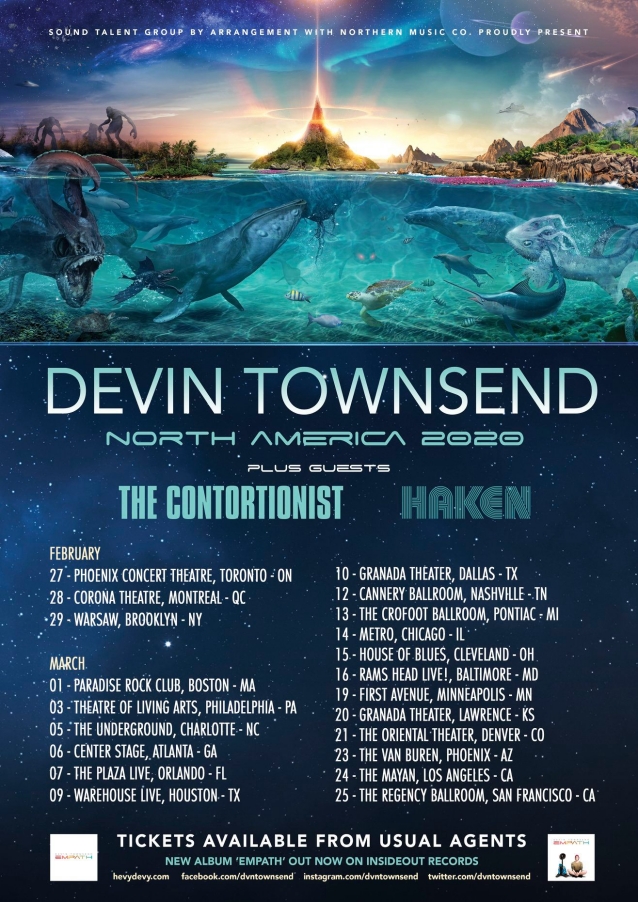