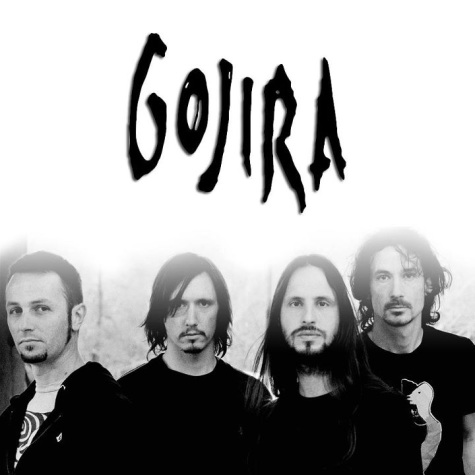 Canadian musician/producer Devin Townsend and MESHUGGAH guitarist Fredrik Thordendal joined French progressive metallers GOJIRA on stage on March 5 at the Soundwave Festival in Perth, Australia to perform the song "Of Blood And Salt". Fan-filmed video footage of their appearance can be seen below.

The studio version of "Of Blood And Salt" — also featuring Townsend and Thordendal — was included with the May 2011 issue of Metal Hammer magazine, and will appear on GOJIRA's forthcoming four-song EP, the proceeds from which will benefit Sea Shepherd, an anti-whaling organization. Release details on that EP, which is loaded with other A-list metal guests like MASTODON's Brent Hinds, LAMB OF GOD's Randy Blythe and SOULFLY's Max Cavalera, are yet to be confirmed.

GOJIRA is comprised of vocalist/guitarist Joe Duplantier, who has a previous relationship with Roadrunner, having played bass on CAVALERA CONSPIRACY's debut "Inflikted", along with guitarist Christian Andreu, bassist Jean-Michel Labadie and drummer Mario Duplantier, who is also Joe's brother!

The band's Roadrunner debut will be its fifth album overall. It was 2005's "From Mars to Sirius" and 2008's "The Way of All Flesh" which established GOJIRA as a metal force of nature and a key player in the scene.

"Of Blood And Salt" performance footage: