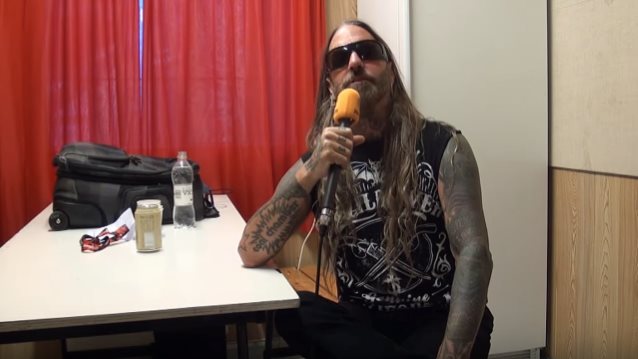 Speaking to Kaaos TV before DEVILDRIVER's June 23 performance at Nummirock festival in Kauhajoki, Finland, Dez said about COAL CHAMBER (see video below): "I waited thirteen years for the band that I started to get back together. And after releasing a record that was critically acclaimed and touring around the world and having fantastic shows, it was obvious to me that I don't wanna do that with those people. I don't wanna say any personal stuff about them, but it's just not working. I wish it did — for the fans, for myself, for the music — but there's some things that need to be worked on. And it needs to be a hundred and ten percent, or I'm not gonna take it out on the road."

DEVILDRIVER is currently working on an outlaw country covers album, "Outlaws Till The End", tentatively due in early 2018. The disc will contain thirteen "insanely heavy, swinging badass outlaw tracks by some of the best outlaw country artists," including Willie Nelson, Johnny Cash, Waylon Jennings and Johnny Paycheck, according to Fafara