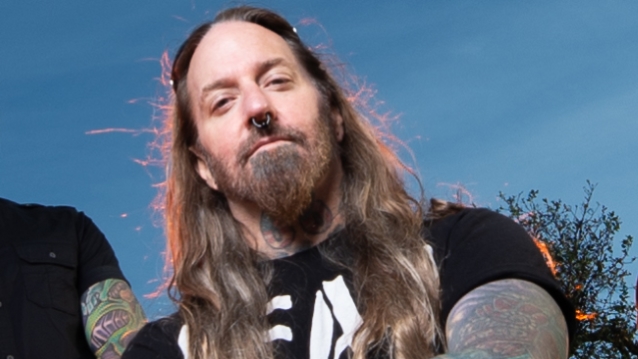 DEVILDRIVER's recent co-headlining tour with STATIC-X saw the Dez Fafara-fronted outfit performing material from COAL CHAMBER, the band that put him on the musical map and gave him his first and only gold-certified album in the shape of the group's 1997 debut.

COAL CHAMBER existed for ten years before disbanding in 2003 to pursue other musical projects. They reunited in 2011 for touring purposes but it wasn't until 2014 that the band began work on a new studio album of original material, 2015's critically acclaimed "Rivals". Several months of touring activity followed before Dez returned to DEVILDRIVER to make a new record, 2016's "Trust No One".

Speaking to KCAL 96.7's "Wired In The Empire" radio show about his decision to perform COAL CHAMBER songs with DEVILDRIVER, Dez said (hear audio below): "[On this first tour, we're playing] 'Loco' and 'Fiend', and on the next tour, you're gonna hear a few more. I've kept those things separate for so many years, man. It's just time for me to embrace everything that I've done."

According to Fafara, the COAL CHAMBER songs are elevated far beyond their original form when they are performed by his current bandmates.

"When you hear 'em done by DEVILDRIVER, it's a whole new world," he said. "Two guitars and double kick — it's incredible."