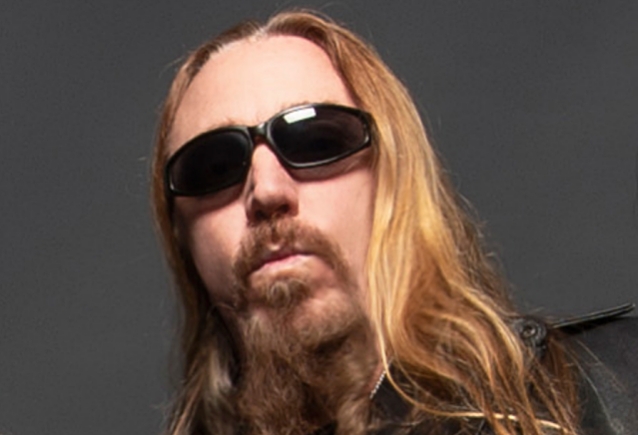 TESTAMENT's longtime bassist Steve DiGiorgio is rumored to have laid down the bass tracks on the new MEGADETH album.

The speculation about DiGiorgio's involvement in the LP is based on a Cameo video Dave Mustaine recorded in which he offered the first glimpse of the bassist that re-recorded David Ellefson's bass tracks on the much-anticipated MEGADETH effort. In the clip, the MEGADETH leader could be seen walking around a studio where he showed engineer Chris Rakestraw sitting behind the studio console as well as the mystery bassist "hiding behind the chair on the floor." Although it was impossible to tell who the bassist was based on the video, the musician appeared to be using the same brand of Ibanez bass played by DiGiorgio.