Formed in 2005, DIE HARD plays an aggressive old school style of death thrash, and features in in ranks Hakan Jonsson, drummer for the almighty WATAIN.

Abyss is a long-running distribution company in the U.S. with its roots dating back 15 years. The company had previously released CRIMSON MOON's "To Embrace The Vampyric Blood" CD in 1996 under the Abyss Productions moniker, and most recently issued the debut CDs from Indiana-based black death monster CHRIST BEHEADED, which features members of DEMERICUS and THE GATES OF SLUMBER, and black metal band HORDES OF NEBULA.

For more information on DIE HARD, go to this location. 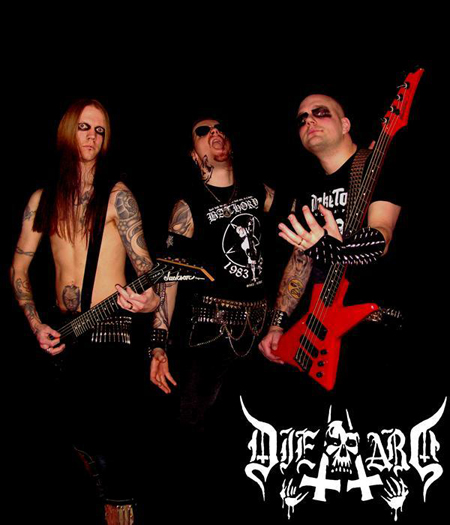