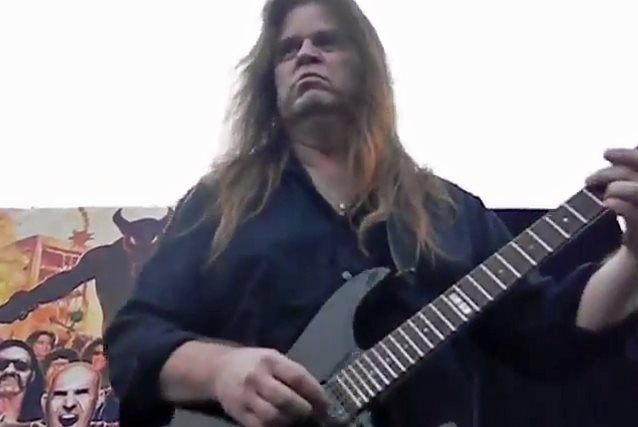 Video footage of DIO DISCIPLES performing yesterday (Saturday, March 5) at the street party for the "Ronnie James Dio Stand Up And Shout Cancer Fund" in Glendale, California can be seen below.

DIO DISCIPLES, which pays tribute to Ronnie James Dio and is fully supported by Dio's widow/manager, Wendy, features singer Joe Retta (SWEET, HEAVEN & EARTH). Joe hails from Rochester, New York and and was raised on '70s R&B and rock during an era when, as he describes it, "music had more soul and was more diverse." His influences include such luminaries as Stevie Wonder, Steve Marriott, Paul Rodgers, Robert Plant and, of course, Ronnie.

According to Goldy, there are tentative plans for DIO DISCIPLES to record an album of original material later this year. 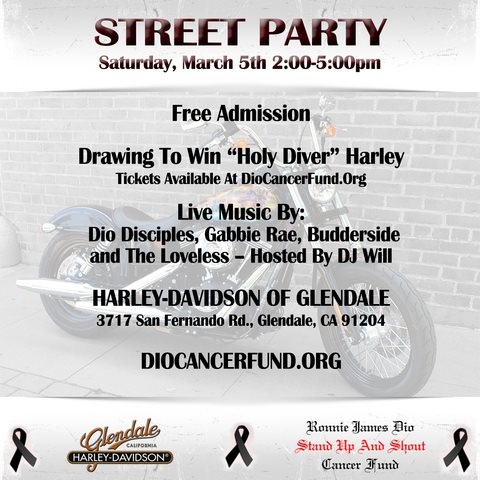