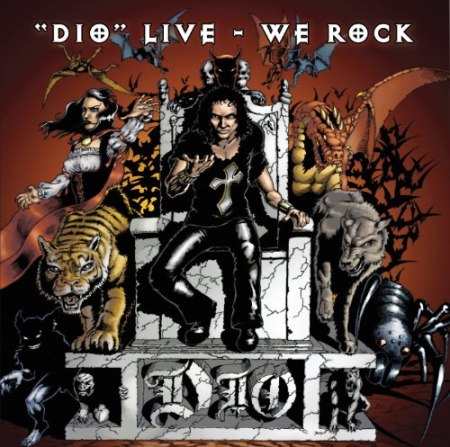 Victor Entertainment last month released a live DIO album entitled "Dio Live - We Rock". It features the band's performances at Civic Auditorium in San Jose, California in October 1983 and at Spectrum in Philadelphia, Pennsylvania in August 1984.

"Dio At Donington UK: Live 1983 & 1987", the double-disc set which is the first official release from Niji Entertainment Group, the label formed by the late Ronnie James Dio and his wife/manager Wendy Dio, got a glorious vinyl makeover. On February 15, the album was issued as a double-vinyl set with deluxe gatefold packaging, and on 180-gram vinyl — the first-ever DIO album to be released in this high-quality vinyl format.

The Niji Entertainment Group is a full-service record label, and will be releasing rare and unreleased recordings from Dio and other artists.