DIO's recently reissued 1996-2004 studio albums have been met with an amazing worldwide reception, particularly in the United States, Germany and Spain, where all four albums have debuted at impressive chart positions, even surpassing the original releases' chart positions.

"Master Of The Moon" (2004) were released March 20 by BMG in newly remastered versions with rare and never before released live and studio bonus tracks.

On the German charts, the four records all landed in the Top 50, with all but "Killing The Dragon" surpassing their original positions: "Magica" landed at No. 32, with the original release at No. 40; "Killing The Dragon" came in at No. 35, just five positions higher than its original release; "Master Of The Moon" originally charted at No. 62, with the reissue coming in 19 spots higher at No. 43; and "Angry Machines", which did not originally chart, at No. 44.

Long out of print on vinyl, the 180-gram black vinyl includes the original tracklistings and is available as a limited-edition first run with an LP-sized lenticular album art print. As a special bonus, the "Magica" 2-LP also contains a seven-inch single featuring "Electra", the only known completed track from the planned "Magica 2" album.

The CD versions of each album have also been long out of print globally. These newly remastered deluxe versions are showcased in mediabook packaging along with a second disc featuring rare and unreleased bonus material. In addition to rare studio tracks "Electra" (included on "Magica") and "Prisoner Of Paradise" (included on "Master Of The Moon"),each bonus disc includes a selection of both rare or never before released live tracks from the accompanying tour for each studio release.

All bonus tracks are also available on the streaming/digital versions.

"Master Of The Moon"

Originally released in 2004, "Master Of The Moon" was the final studio album under the DIO band name and featured the lineup of Ronnie James Dio (vocals),Craig Goldy (guitar),Jeff Pilson (bass) and Simon Wright (drums). The CD/digital version includes five bonus tracks recorded live on the "Master Of The Moon" tour in 2004/2005. 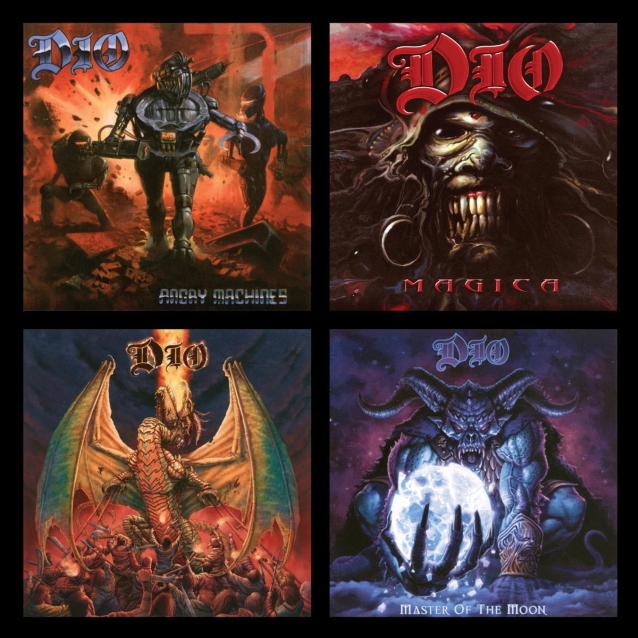