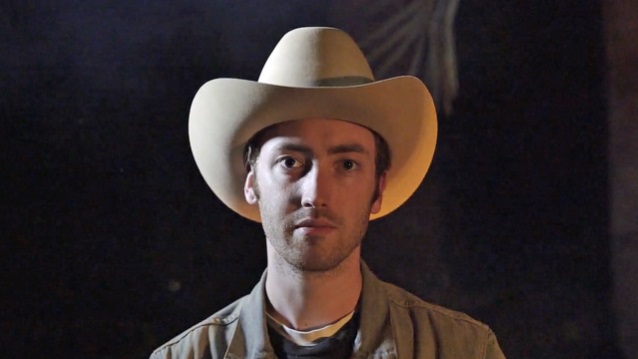 In a video on the project's Kickstarter page, Riley — who is also a musician, and who was a featured performer in one episode of last year's "Twin Peaks: The Return", directed by his father — describes "Black Earth" as a story "about fairy tales, superstition and heavy metal." He also writes that "metal music is a critical part of who I am," and that it "stirs up something positive in the deepest parts of my soul, a warm chaos that propels me to work and to create."

"Black Earth" is about a guitarist named Jack, described as "a lonely metalhead who lives in a small town on the edge of a deep birch forest" and someone who "wants to leave his small town home to join a metal band, but his lack of self-confidence has rendered him inert."

"The story is one that I've been writing in different forms for two years now," Riley said. "I've become deeply attached to the characters, who are all manifestations of different qualities — good and bad — that I see in myself."

One perk that is being offered for $500 is listed as a "truly brutal reward for the most brutal of backers" — a 30-second "personal metal jingle" written about the donor.